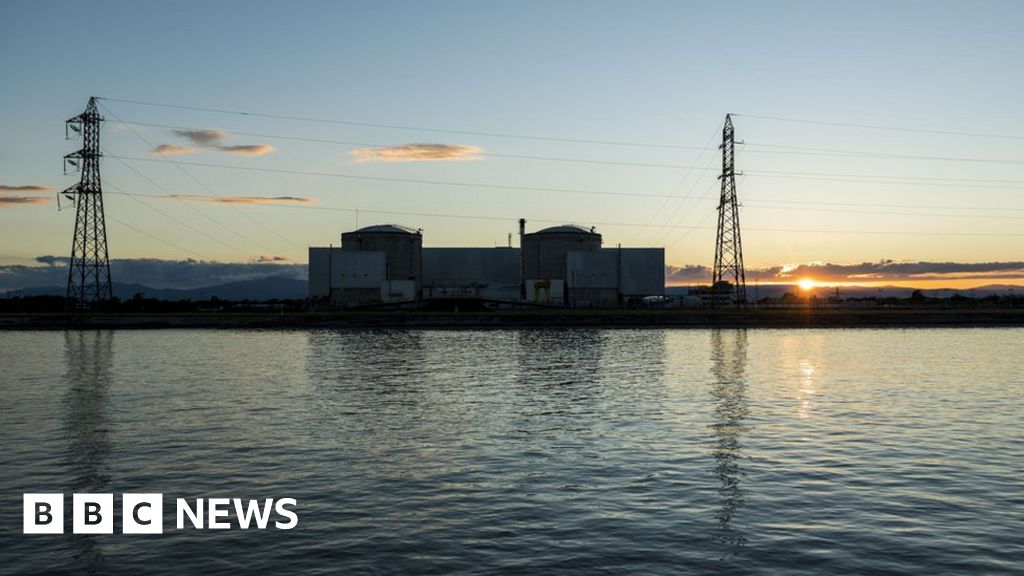 France’s Fessenheim nuclear plant, for years the focus of anti-nuclear protests, has been switched off after more than four decades.

The divisive plant near the borders of Germany and Switzerland produced 70% of the Alsace region’s energy needs.

Fessenheim’s closure raises questions over how the energy gap will be filled and what will happen to local jobs.

France has pledged to reduce its reliance on nuclear power by shutting down 12 nuclear reactors by 2035.

The country relies on nuclear energy for 70% of its electricity, a figure that will be cut to half over the next 15 years.

Fessenheim’s first reactor was shut down in February and its second reactor was switched off at 23:00 (21:00 GMT) on Monday. Over the next three years the spent fuel will be removed and then it will take another 15 years to dismantle the plant entirely.

State-run power company EDF said it was the first time a pressurised water reactor was being shut down and completely dismantled. France still has another 56 reactors of this type.

Environmental activists have targeted the plant on the Rhine river for decades, complaining it was located in an area prone to seismic activity and was at risk of flooding.

Among several safety failures over the years, cracks were found in a reactor cover and internal flooding in 2014 forced an emergency shutdown. Fessenheim’s safety was reviewed in light of the meltdown at Fukushima in Japan in 2011 and the accident intensified the campaign to shut it down.

Last year Fessenheim – which was opened in 1977 – was one of six reactors which EDF acknowledged had manufacturing problems, while maintaining they were all fit for use.

The decision to shut Fessenheim came during the presidency of François Hollande and it was confirmed two years ago by President Emmanuel Macron.

Fessenheim’s nuclear plant is the biggest source of jobs in the local area and the CGT union said it looked like “economic, social and ecological genocide”.

Mayor Claude Brender said it was a tough blow for the area. “It’s the end of a beautiful 50-year relationship between an area and it’s nuclear plant,” he told French TV.

He said 1,000 jobs would be lost at the plant itself and another 1,100 people relied on work they did at Fessenheim.

He said it would also be a blow for the environment as power would now have to be imported from Germany to replace the electricity provided by Fessenheim. Half of that power came from fossil fuel, he said.