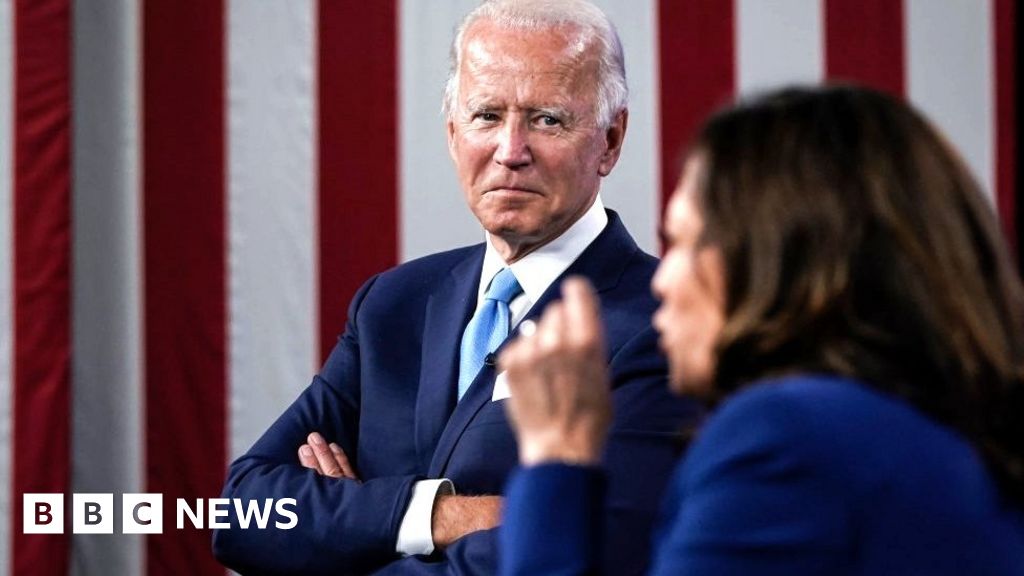 .css-14iz86j-BoldText{font-weight:bold;}After nearly 50 years in public office, and a lifetime of presidential ambitions, Joe Biden has captured the White House.

It was not the campaign anyone predicted. It took place amidst a once-in-a-century pandemic and unprecedented social unrest. He was running against an unconventional, precedent-defying incumbent. But in his third try for the presidency, Biden and his team found a way to navigate the political obstacles and claim a victory that, while narrow in the electoral college tally, is projected to surpass Trump’s overall national total by millions of votes.

These are the five reasons the son of a car salesman from Delaware finally won the presidency.

Perhaps the biggest reason Biden won the presidency was something entirely out of his control.

The coronavirus pandemic, as well as claiming more than 230,000 lives, also transformed American life and politics in 2020. And in the final days of the general election campaign, Donald Trump himself seemed to acknowledge this.

The media focus on Covid, however, was a reflection rather than a driver of the public’s concern about the pandemic – which translated into unfavourable polling on the president’s handling of the crisis. A poll last month by Pew Research, suggested Biden held a 17 percentage point lead over Trump when it came to confidence about their handling of the Covid outbreak.

The pandemic and the subsequent economic decline knocked Trump off his preferred campaign message of growth and prosperity. It also highlighted concerns that many Americans had about his presidency, over its occasional lack of focus, penchant for questioning science, haphazard handling of policies large and small, and prioritisation of the partisan. The pandemic was a lead weight on Trump’s approval ratings, which, according to Gallup, dipped to 38% at one point in the summer – one that the Biden campaign exploited.

Over the course of his political career, Biden established a well-earned reputation for talking himself into trouble. His propensity for gaffes derailed his first presidential campaign in 1987, and helped ensure that he never had much of a shot when he ran again in 2007.

In his third try for the Oval Office, Biden still had his share of verbal stumbles, but they were sufficiently infrequent that they never became more than a short-term issue.

Part of the explanation for this, of course, is that the president himself was an unrelenting source of news cycle churn. Another factor was that there were bigger stories – the coronavirus pandemic, protests after the death of George Floyd and economic disruption – dominating national attention.

But at least some credit should be given to a concerted strategy by the Biden campaign to limit their candidate’s exposure, keeping a measured pace in the campaign, and minimising the chances that fatigue or carelessness could create problems.

Perhaps in a normal election, when most Americans weren’t worried about limiting their own exposure to a virus, this strategy would have backfired. Maybe then Trump’s derisive “hidin’ Biden” jabs would have taken their toll.

The campaign sought to stay out of the way and let Trump be the one whose mouth betrayed him – and, in the end, it paid off.

The week before election day, the Biden campaign unveiled its final television adverts with a message that was remarkably similar to the one offered in his campaign kickoff last year, and his nomination acceptance speech in August.

The election was a “battle for the soul of America”, he said, and a chance for the national to put what he characterised as the divisiveness and chaos of the past four years behind it.

Beneath that slogan, however, was a simple calculation. Biden bet his political fortunes on the contention that Trump was too polarising and too inflammatory, and what the American people wanted was calmer, steadier leadership.

“I’m just exhausted by Trump’s attitude as a person,” says Thierry Adams, a native of France who after 18 years living in Florida cast his first vote in a presidential election in Miami last week.

Democrats succeeded in making this election a referendum on Trump, not a binary choice between the two candidates.

Biden’s winning message was simply that he was “not Trump”. A common refrain from Democrats was that a Biden victory meant Americans could go for weeks without thinking about politics. It was meant as a joke, but it contained a kernel of truth.

During the campaign to be the Democratic candidate, Biden’s competition came from his left, with Bernie Sanders and Elizabeth Warren who ran well-financed and organised campaigns that generated rock-concert sized crowds.

Despite this pressure from his liberal flank, Biden stuck with a centrist strategy, refusing to back universal government-run healthcare, free college education, or a wealth tax. This allowed him maximise his appeal to moderates and disaffected Republicans during the general election campaign.

This strategy was reflected in Biden’s choice of Kamala Harris as his running mate when he could have opted for someone with stronger support from the party’s left wing.

The one place where Biden moved closer to Sanders and Warren was on the environment and climate-change – perhaps calculating that the benefits of appealing to younger voters for whom the issue is a priority was worth the risk of alienating voters in energy-dependent swing-state industries. It was the exception, however, that proved the rule.

“It’s no secret that we’ve been critical of Vice-President’s Biden’s plans and commitments in the past,” said Varshini Prakash, co-founder of the environmental activist group the Sunrise Movement in July. “He’s responded to many of those criticisms: dramatically increasing the scale and urgency of investments, filling in details on how he’d achieve environmental justice and create good union jobs, and promising immediate action.”

Earlier this year, Biden’s campaign coffers were running on empty. He entered the general election campaign at a decided disadvantage to Trump, who had spent virtually his entire presidency amassing a campaign war chest that approached a billion dollars.

From April onward, however, the Biden campaign transformed itself into a fundraising juggernaut, and – in part because of profligacy on the part of the Trump campaign – ended up in a much stronger financial position than his opponent. At the beginning of October, the Biden campaign had $144m more cash on hand than the Trump operation, allowing it to bury the Republicans in a torrent of television advertising in almost every key battleground state.

Money isn’t everything, of course. Four years ago, the Clinton campaign had a sizeable monetary lead over Trump’s shoestring operation.

But in 2020, when in-person campaigning was curtailed by coronavirus and Americans across the country spent considerably more time consuming media in their homes, Biden’s cash advantage let him reach voters and push his message out until the very end. It allowed him to expand the electoral map, putting money into what once seemed to be longshot states like Texas, Georgia, Ohio and Iowa. Most of those bets didn’t pay off, but he put Trump on the defence, flipping what was once reliably conservative Arizona and staying highly competitive in Georgia.

Money gives a campaign options and initiative – and Biden put his advantage to good use.

Negotiators will talk on Sunday, but “significant differences” between the two sides in post-Brexit trade talks remain.

UK and EU make one last push for trade deal

The neo-Nazi who became an anti-Nazi

‘I had surgery to be three inches taller’

Why one railway station lost 90% of its passengers

How many trade deals has the UK done so far?

How are students travelling home for Christmas?

What is next for BAFTA winner Michaela Coel?

Leg-lengthening: The people having surgery to be a bit taller10