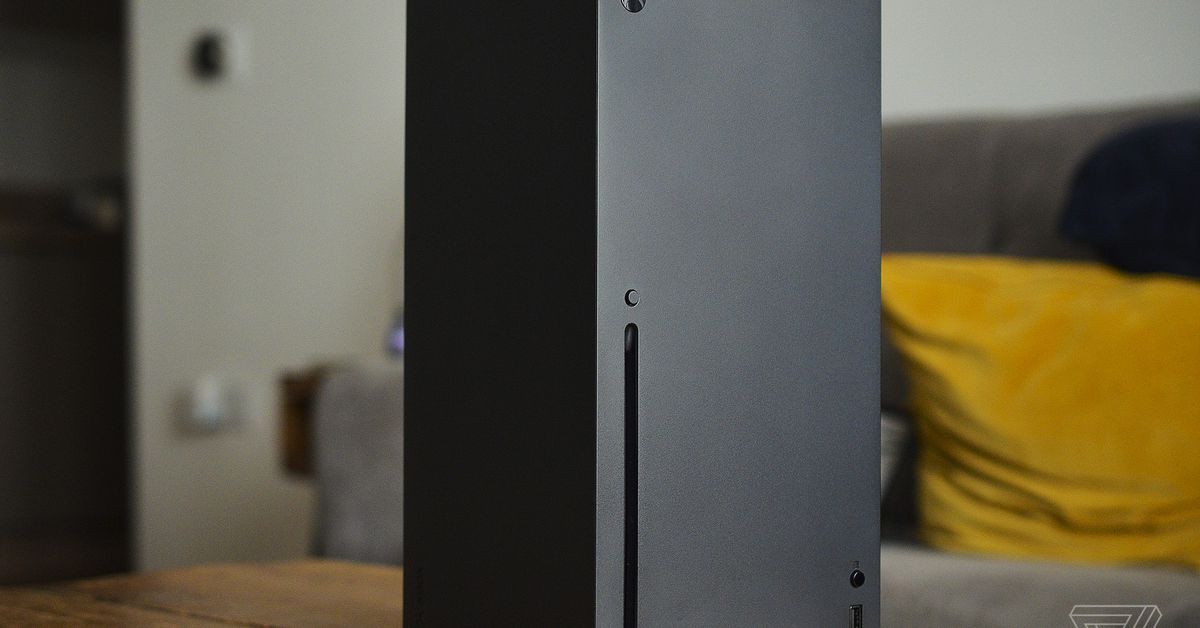 Microsoft’s Xbox Series X console demands to stand upright, loud and proud. At least that’s my immediate impression after getting an early look at a nonfunctional Xbox Series X unit, supplied by Microsoft. It’s not as big as I expected from the Series X photos, but the dimensions could make positioning it in your living room a challenge.

It’s clear the Series X was designed primarily for the vertical orientation. That’s how Microsoft always shows it in marketing materials. And the console looks awkward, with the bottom stand poking out to the side when laid horizontally. Almost as if it… fell over. If you’re contemplating how an Xbox Series X fits into your setup, I would recommend looking to place it vertically like a PC tower, unless you don’t care what it looks like (or if it will be hidden away).

The Xbox Series X is also double the width of the Xbox Series S. Microsoft’s smaller Xbox is 275mm tall, 151mm deep, and 63mm wide in a vertical position. The size differences are particularly noticeable when you sit the two next-gen consoles side by side. We have more Xbox Series S photos and impressions right here.

There’s not much else to be said about the Xbox Series X design that hasn’t been said before. There are two USB ports at the rear alongside an Ethernet port, a storage expansion slot, and HDMI 2.1 out. At the front, there’s a single USB port and the 4K Blu-ray drive. The primary cooling for the Xbox Series X sits at the top of the console where a “whisper quiet fan” resides. Just how whisper-quiet that fan is we won’t know until full review units arrive.

Microsoft is launching the Xbox Series X on November 10th, priced at $499. Preorders will begin on September 22nd.

Photography by Tom Warren / The Verge