A future with tens of thousands of new satellites could ‘fundamentally change’ astronomy: report 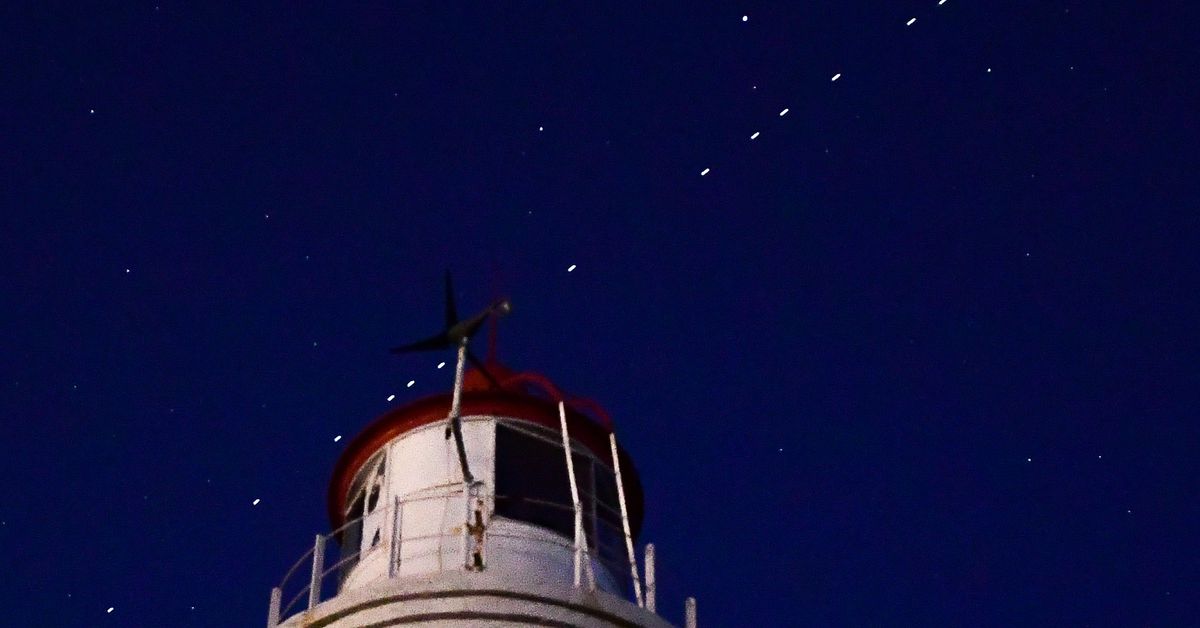 In the future, as astronomers make observations of the night sky, they might see more and more satellites pass overhead that ruin their work — and this problem is likely to get a lot worse, according to a new report from a working group of astronomers. As space companies continue to inject tens of thousands of new satellites into low orbits around Earth, the new additions could “fundamentally change” astronomical observations of the night sky and the Universe.

To dampen the effects of these giant constellations as much as possible, the group is proposing 10 recommendations to mitigate satellite influence on astronomy. But if upward of 100,000 satellites are added to Earth orbit, as many companies have proposed, there’s no way to completely erase their effects. “The main takeaway from our findings is that no combination of mitigations will eliminate the impact of satellite constellations on optical astronomy,” Connie Walker, an astronomer at NOIRLab in Tucson, Arizona and a collaborator on the report, said during a press conference detailing the findings.

Numerous companies such as SpaceX, Amazon, OneWeb, and more have proposed launching thousands of satellites into medium to low orbits above Earth in order to provide broadband internet access to the ground below. These constellations are supposed to beam coverage to all parts of the globe, which is why companies want them to be so massive in size; that way, at least one satellite is over any given area at all times. SpaceX has permission from the FCC to launch nearly 12,000 satellites above Earth, while Amazon just received approval to launch 3,236 satellites. OneWeb, which recently went bankrupt and changed ownership, had planned to put up 650 satellites before its financial troubles. However, some companies are eyeing substantial additions to their constellations; SpaceX has indicated its desire to launch an additional 30,000 satellites on top of the initial 12,000, while OneWeb sought permission to launch 48,000 satellites even amid its bankruptcy woes.

Astronomers have grown increasingly concerned about all these proposed constellations, fearing these spacecraft could meddle with future observations of the Universe. Whenever bright satellites pass over an observatory, they can leave white streaks across an image, ruining planned observations of the cosmos. Plus, the satellites that SpaceX have been putting up already have been particularly bright because of their altitudes in the sky and how they’re designed. For instance, their antennae are particularly shiny and effective at reflecting light from the sky, even at night. “You know satellites have been visible since the dawn of the space age,” Ralph Gaume, director of the division of astronomical sciences at the National Science Foundation, said during the press conference. “But something has changed recently, and was recognized about a year ago, when large numbers of satellites began launching and began being visible in our nighttime sky.”

Some studies have tried to quantify just how afraid astronomers should be, and now this new report, written by a group of astronomers who convened this summer for the first Satellite Constellations 1 workshop, has been put together to figure that out. They worked with representatives from SpaceX, Amazon, and OneWeb on the project, ultimately coming up with a comprehensive guide for what astronomy will look like with a future of tens of thousands of new satellites. The report says that the effects of these constellations on both astronomy and the human experience range “from negligible to extreme.” The report confirmed that the satellites will be the most visible around twilight hours, when the sky is dark but when the Sun can still reflect off of the surface of the spacecraft. But if some constellations are fully realized, such as OneWeb’s nearly 50,000-satellite network, it could mean that some observations will always have to deal with satellites in their images.

“If a large constellation like OneWeb — 47,000 satellites at 1,200 kilometers — is launched, every 32nd exposure will have at least one satellite trail,” Patrick Seitzer, a professor of astronomy at the University of Michigan, said, explaining observations of the Large Magellanic Cloud, the largest satellite galaxy in our own Milky Way galaxy. “No matter the time of night, during the summer in the southern hemisphere, we’ll have at least one satellite trail. And that is a great challenge for astronomy.”

The report details a list of recommendations for both observatories and satellite operators, so that mega-constellations and astronomers can live in something close to harmony. The biggest thing that observatories can do is improve their software tools and algorithms to help digitally remove satellite streaks from images; software can also help predict when and where these satellites will be at certain times, possibly allowing astronomers to avoid them when doing observations of the night sky.

As for the satellite operators, the astronomy group proposed a number of changes and tweaks that can be made to satellite design. One crucial recommendation is designing the satellites so that they are as dark as possible. SpaceX, for one, has been experimenting with various ways to dampen the reflectivity of its satellites, by first coating one satellite and then adding a visor to others. Some astronomers have been able to measure how the coating worked, but it’s been hard to observe the ones with visors because of the pandemic. “We’re a little bit hampered by the fact that many telescopes are still shut down due to the pandemic,” said Lori Allen, director of the mid-scale observatories at NSF’s NOIRLab. “And so not as many apertures are available on the skies we normally have, but we are working on that.”

Another big recommendation is adjusting the orbital height of the satellites. Astronomers are particularly concerned about satellites that will orbit above 600 kilometers, as they’ll be visible in the sky for longer periods of time. “The takeaway for the 600 kilometer limit is that the higher altitude ones are much more dangerous,” said Seitzer. SpaceX’s satellites will orbit lower than this limit, but OneWeb’s proposed constellation would orbit much higher than that. Astronomers also gave recommendations about how satellite operators can adjust the heights of their satellites in order to minimize flares on the ground.

Above all, the group believes that both satellite operators and astronomers should work together to organize an observational campaign of all these satellites to really determine just how much they’ll impact astronomy. As satellite operators tweak their vehicles, astronomers will need to measure these updates to see if they’re actually working. Plus, the more observations of these satellites, the better astronomers can predict where they’ll be and how they’ll affect an image. “This requires multiple measurements of the satellite brightnesses at a wide range of deployment stages and illumination angles,” Allen said. “And so we need multiple observatory sites and multiple telescopes engaged in this process.”

Ultimately, there’s still a lot of work to be done by both astronomers and operators alike as these mega-constellations get fleshed out. In the years ahead, many operators will fail to put all of these satellites up, as numerous companies have tried and failed in the past to create massive constellations to provide broadband. However, it’s best to be prepared, since companies are eager to get a piece of this internet-from-space market. Perhaps the biggest way to mitigate risk to astronomy is for all these satellite launches to stop, but astronomers know that won’t be the case. “Not launching satellite constellations — while this may be an option, it’s not viable for industry,” Walker said.

Correction: Lori Allen is director of the mid-scale observatories at NSF’s NOIRLab. A previous version of the story mistakenly referred to her as the acting director of the National Optical Astronomy Observatory.