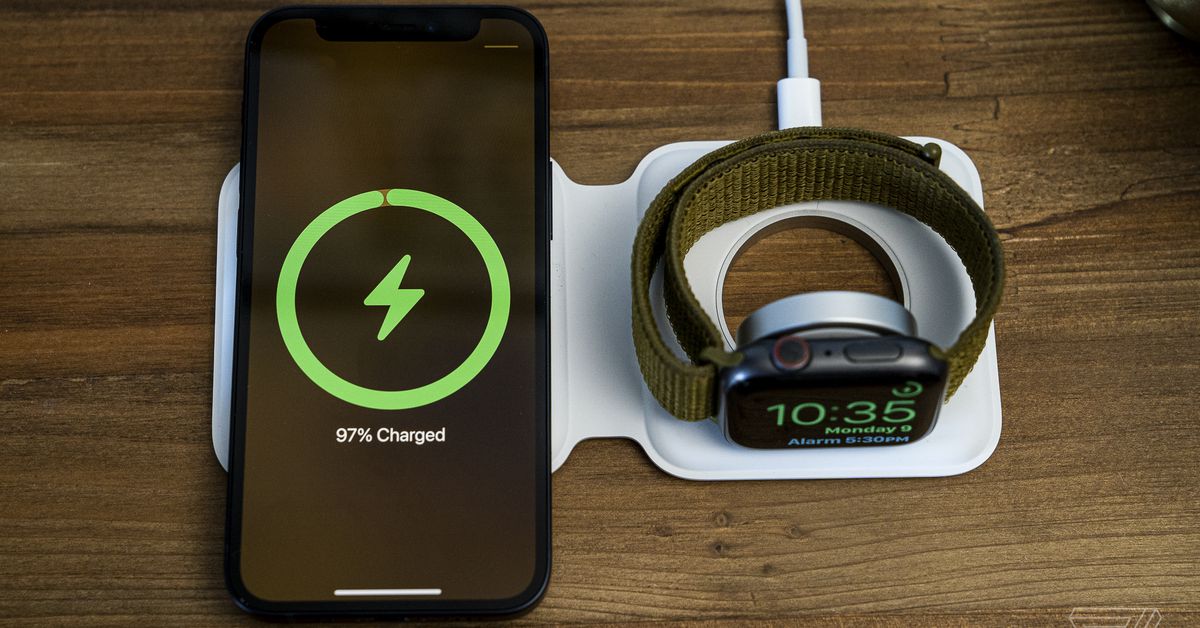 Why not just bundle a charger?

An Apple support page has confirmed that the company’s new MagSafe Duo wireless charger, which is designed to charge an iPhone and Apple Watch simultaneously, isn’t compatible with its older 29W USB-C power adapter. If you’re using an Apple power adapter it’s best to use one of the company’s newer 30W models, which replaced the 29W model in 2018 and retail for $49. It’s an unfortunate revelation for anyone with the old chargers since the MagSafe Duo doesn’t come with a charging brick in the box.

Apple’s page doesn’t say exactly what happens if you plug the MagSafe Duo into one of the older 29W bricks. MacRumors reports that if you do it will only be able to charge a single device, an iPhone or an Apple Watch, rather than both at once. Although the 29W brick appears to meet the wattage requirements of the MagSafe Duo, it apparently doesn’t support the exact combination of volts and amps required.

At this point, working out how fast each of Apple’s MagSafe accessories will charge your devices is a little bit complicated. The standard MagSafe charger charges iPhones at up to 15W, and Apple recommends pairing it with a $19 Apple 20W USB-C power adapter. The MagSafe Duo charger, meanwhile, offers up to a slightly lower 14W of charging when paired with a 27W or higher brick, so long as that brick supports 9V/3A. You get 11W of charging by pairing it with a 20W power brick that supports 9V/2.22A, and Apple says you need “at least 15W (5V/3A or 9V/1.67A)” for the Duo to charge two devices simultaneously. If you’re charging an iPhone 12 mini, the maximum charge is capped at 12W with the Duo. Oh, and the maximum charge is also capped at 7.5W if you’re charging your phone with a Lightning accessory (like a pair of headphones) plugged in.

Plenty of devices have very specific requirements for the hardware you need to use to get the fastest charging speeds, so it’s hard to blame Apple too much here. But I think we can all agree that it could have made things much simpler for customers if it included a power brick in the box with its $129 wireless charger.