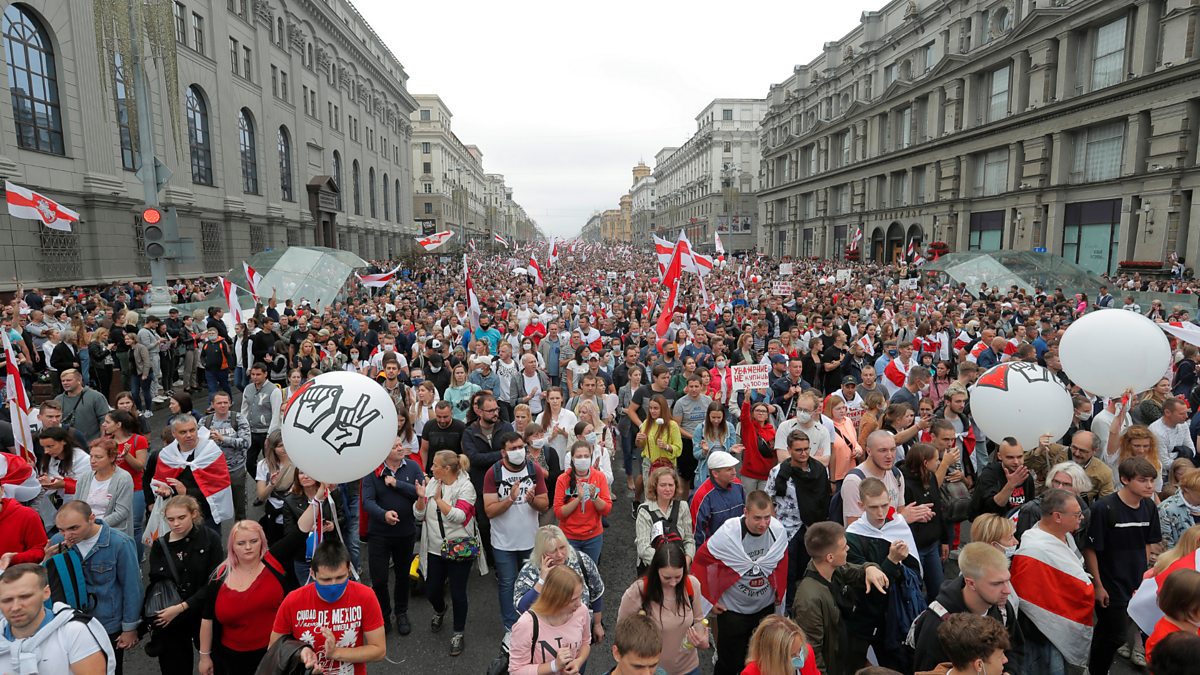 Tens of thousands filled the central square in Minsk despite heavy police presence.

Opposition supporters in Belarus have held a mass rally in the capital Minsk, two weeks after a disputed election gave President Alexander Lukashenko another term in office.

See all episodes from Newshour

Clips, reports and highlights on a society in flux

Interviews, news and analysis of the day’s global events.