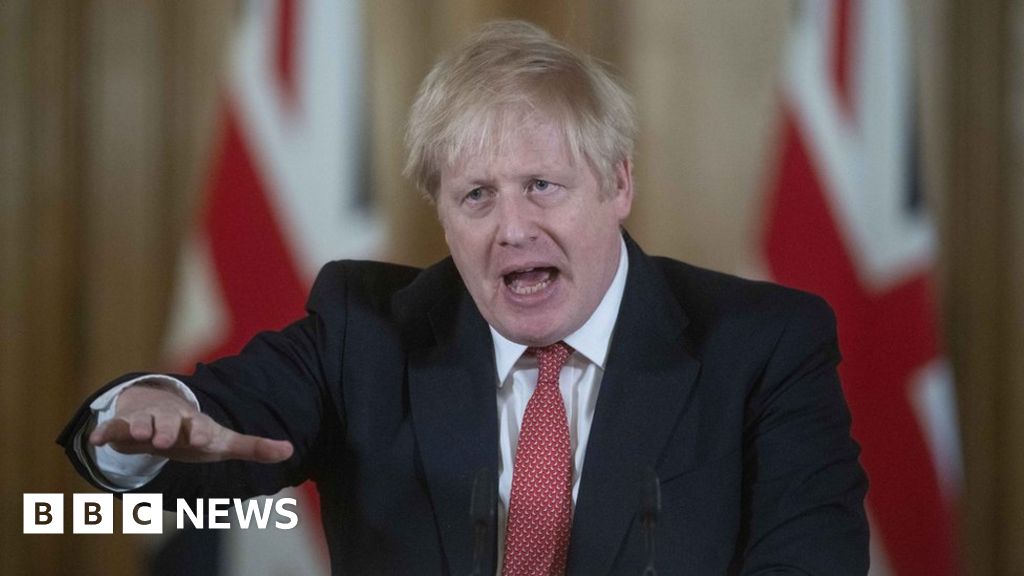 Letters are being sent telling 1.5 million people in England most at risk of coronavirus to stay at home.

They will receive letters or text messages strongly advising them not to go out for 12 weeks to protect themselves, the government said.

It comes as the PM asked the UK not to visit loved ones on Mother’s Day, and follow social distancing guidelines.

Mayor of London Sadiq Khan asked people to heed the advice, saying “do it for loved ones who will die if you don’t”.

The number of people who have died in the UK with coronavirus rose to 281 on Sunday, as cases reached 5,683.

Boris Johnson has called on the public to join a “collective national effort” and follow social distancing guidance, warning the NHS could be “overwhelmed”.

At-risk people include those who have received organ transplants, those living with severe respiratory conditions such as cystic fibrosis or those who have specific cancers, such as blood or bone marrow.

In a message to the country on Saturday evening, Mr Johnson said: “The numbers are very stark, and they are accelerating.

“The Italians have a superb health care system. And yet their doctors and nurses have been completely overwhelmed by the demand.

“The Italian death toll is already in the thousands and climbing. Unless we act together, unless we make the heroic and collective national effort to slow the spread – then it is all too likely that our own NHS will be similarly overwhelmed.”

He said the UK is only “two or three” weeks behind Italy, adding that he recognised the government was imposing measures “never seen before either in peace or war” – but said they were essential.

Italy has seen its death toll for the past month reach 4,825, the highest in the world.

As families prepared to celebrate Mother’s Day on Sunday, Mr Johnson said the best single present for mothers was to stay away.

It comes after the government this week told all restaurants, cafes and pubs – as well as some other public spaces like gyms and cinemas – to close.

“This time, the best thing is to ring her, video call her, Skype her, but to avoid any unnecessary physical contact or proximity,” the PM said.

“And why? Because if your mother is elderly or vulnerable, then I am afraid all the statistics show that she is much more likely to die from coronavirus, or Covid-19. We cannot disguise or sugar-coat the threat.”

On Friday, Mr Johnson was asked at his daily press conference whether he would be visiting his own mother, who is 77. He said he would “certainly be sending her my very best wishes and hope to get to see her”.

A Downing Street source later said his contact with his mother on Sunday would be over Skype.

Appealing to the public, he said: “Don’t leave home unless you have to, don’t use public transport unless essential… do it for loved ones who will die if you don’t.”

Mr Khan told BBC1’s The Andrew Marr Show that additional restrictions in London may have to be “considered” if people in the capital “continue to act in a way that’s leading to this disease spreading”.

Under emergency legislation going through Parliament next week, airports could be shut and people held on public health grounds, while immigration officials could place people in isolation.

Housing and Communities Secretary Robert Jenrick said it was too early to know how long the current measures would need to stay in place.

He told Andrew Marr: “Nobody is pretending that this will be over in 12 weeks. What the prime minister said is that if everyone follows the advice, we can turn the tide on this virus within that period.”

“We all have to play our part” in staying at home to protect the NHS and save lives, he said.

The government was “working around the clock” to deliver vital equipment to frontline staff, he said, pledging that every hospital will have had their next pack of personal protective equipment (PPE) by Sunday afternoon.

He said PPE had also been delivered to pharmacists, GPs and will be delivered to all social care providers “this coming week”.

He also revealed the government had received some prototype ventilators, after it called on manufacturers to switch their operations to making ventilators to boost NHS stocks.

On testing, in the last week he said there had been days when 8,000 tests were reached, but conceded “there is a long way to go” to meet the government’s target of 25,000 a day.

Over the last few days we have seen decisions made that would have been scarcely seemed possible just a fortnight ago.

There’s another one today – 1.5 million people in England alone will be told not to leave their homes to protect themselves from the virus.

The concern in government is set out by the prime minister. His warning that the UK could be just a fortnight behind Italy – and that the NHS could be overwhelmed – is one of the starkest we’ve heard yet.

It’s designed to be so; to persuade us all to follow advice, to stay home and help save lives.

Meanwhile, the government has said members of the Armed Forces will help ensure essential items like groceries can be delivered to people who are at-risk.

Mr Jenrick said he hopes from the end of the week the government will be able to get food parcels to the most vulnerable, who have no support network.

“We are going to be creating a big national effort to help those individuals,” Mr Jenrick added.

The number of people with coronavirus include 10 in Scotland, 12 in Wales and two in Northern Ireland.

In other key UK developments: