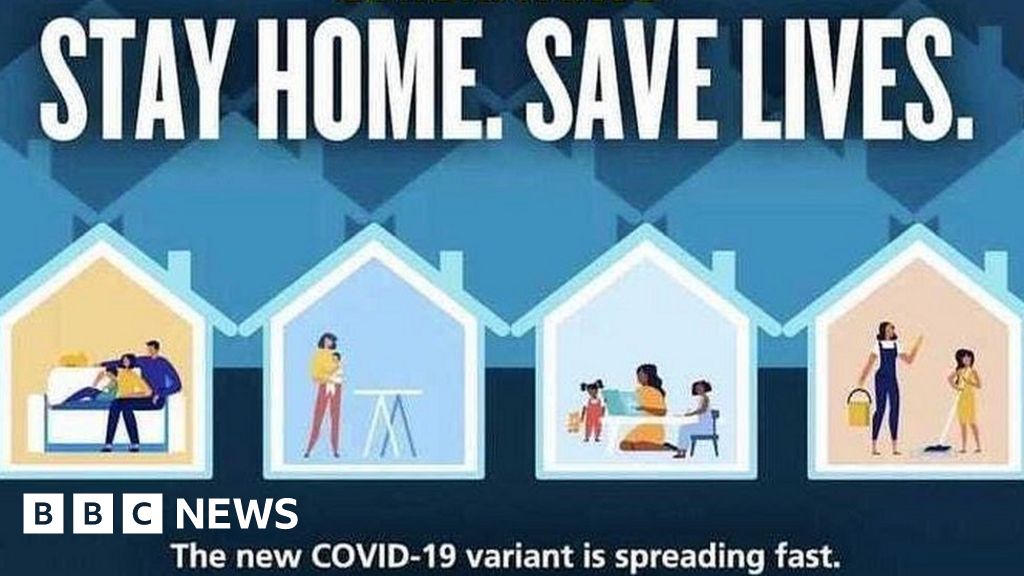 The government has withdrawn a social media advert urging people to “Stay Home. Save Lives” after it was criticised for stereotyping women.

The image showed women home schooling children and doing domestic chores, while the only man featured was depicted relaxing on a sofa.

The infographic was withdrawn after going viral on social media and facing criticism for being “sexist”.

The government said the ad did “not reflect” its “view on women”.

Carrying the slogan “Stay Home, Save lives. The new Covid-19 variant is spreading fast”, it was widely shared on social media earlier this week.

Another depicted a family on a sofa, mother and daughter curled up beside a man who has his feet on the ground.

Commenting on Instagram, Lorraine Candy, former editor of Sunday Times Style Magazine who reported on the advert, along with Glamour magazine, said: “Are there no intelligent, smart women advising the government about this? I am perplexed by the lack of awareness.”

Parenting blogger Anna Whitehouse said: “Showing a man lounging about while women (and girls) ‘do it all’ may bear some truth but it can’t be the blueprint from the top. How did this get signed off in 2021?”

For Labour, shadow chief secretary to the Treasury Bridget Phillipson said the advert put “women back ‘in their place'”, adding: “How out of touch can this government get?”

Conservative former minister Caroline Nokes, chair of the Women and Equalities Committee, also criticised the image, tweeting: “Someone signed this off.”

The prime minister’s spokesman said : “We have provided information for the public throughout the pandemic.[The advert] does not reflect our view on women and we have removed it.”

The Advertising Standards Authority stipulates that campaigns “must not include gender stereotypes that are likely to cause harm, or serious or widespread offence”.

Among scenarios it deems “likely to be unacceptable” is one “that depicts a man with his feet up and family members creating mess around a home, while a woman is solely responsible for cleaning up the mess”.

Another is an “ad that belittles a man for carrying out stereotypically ‘female’ roles or tasks”.

A report last November by the Fawcett Society, a charity campaigning for equal rights, found the pandemic was having a “devastating” effect on gender equality in the workplace, with women more likely than men to lose their jobs or be left dealing with childcare.