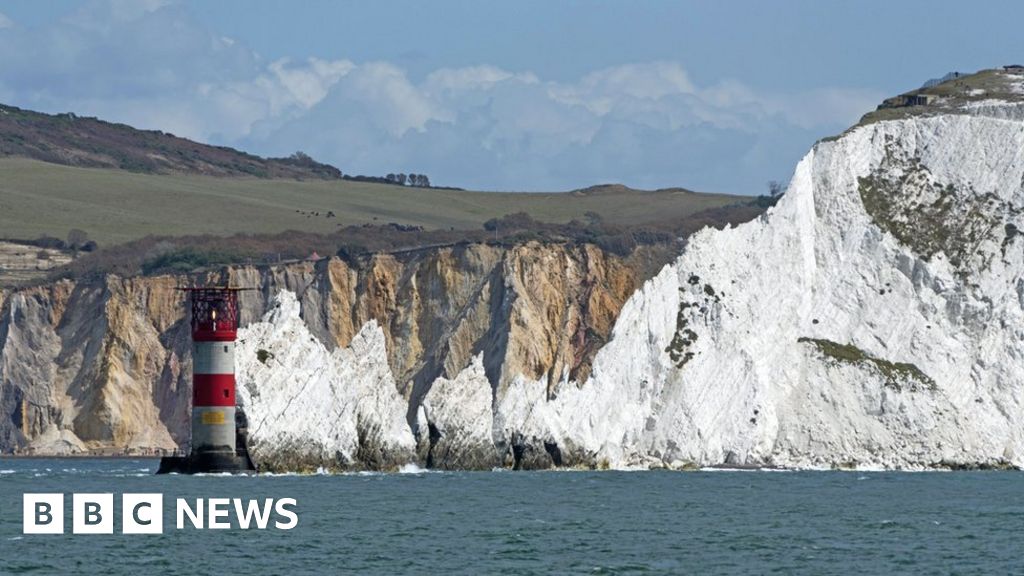 Best known for its white chalk rocks and annual music festival, the Isle of Wight is now at the centre of a government trial that leaders hope will help bring the country out of lockdown. The coronavirus contact-tracing app goes live to all islanders on Thursday, but there are mixed feelings on the eve of its public release.

The app went live for local authority and health workers at 16:00 BST on Tuesday – two days before it goes live to the rest of the island.

But parish councillor Daryll Pitcher has refused to download it. He said he did not welcome being used as a “guinea pig”.

“I am greatly concerned that this trial has been imposed on the Isle of Wight and I believe that the final say should have been local,” he said.

Mr Pitcher, who is the Covid-19 response co-ordinator for the island’s Wootton village, said he had concerns regarding his civil liberties and data security, because the app traces anyone who has recently been in contact with someone with the virus.

He said he felt the island was “not a suitable testing area” due to its demographics and geography, both of which vary from the UK’s national average.

“There is no point testing in an area you can be reasonably certain it will never work,” he added.

Shaun Davis, from Newport, said he was “all for” the app and believes there has been “a lot of positivity” about it from fellow islanders.

Mr Davis, who works for a wholesaler providing materials to organisations including the NHS and Ministry of Defence, said he did not share other people’s data security concerns.

“Smartphones are traceable even without the app. We have to do something – the virus isn’t going anywhere and we can’t all remain in our homes indefinitely,” he said.

The 36-year-old told the Press Association that using the app could lead to the eventual easing of lockdown and strict social distancing.

A nurse living on the island, who wants to remain anonymous, said the app “needs to be part of an effective strategy, otherwise it’s a gimmick”.

“The idea of using technology to support public health is an excellent idea,” he said.

“The issue for me isn’t about privacy – what good is that if we’re bankrupt or dead? It’s about effectiveness and competence.”

The nurse said the NHS “doesn’t have a strong history” of effective IT systems, noting that his own practice still uses paper for records, referrals and clinical requests.

He said he would download the app “in the absence of an alternative”, but was critical of how the government had managed the crisis overall.

“I think this government wants to stamp a ‘made in Britain’ sticker on a final success,” he said.

Ben South, a 999 call handler, was among a group of NHS workers observed by the media and Cabinet Office staff as he installed the app moments after it went live to key workers.

He said: “Initially there’s a screen to ask if you have any symptoms and if you don’t, it will advise you to stay off the app and to come back when you do display any symptoms.

“All you need to do is put in your postcode and then you’re basically fully signed up and ready to go.”

Asked what he would say to anyone who had concerns or doubts about using the app, he said: “I’d just say how easy it is to use and how important it is to use – it’s important to keep our NHS running and the country running.”

Councillor Debbie Andre who leads the biggest opposition group, Island Independents, on the Isle of Wight Council, has downloaded the app on her phone and said people should get behind it.

Mrs Andre said: “I think it falls to all of us to do everything we possibly can to conquer this virus and prevent a second spike coming back especially on the island, as we have one hospital who have been doing a fantastic job.”

And on the Isle of Wight being the centre of attention in the UK’s response to the pandemic, she said: “We are unique in terms of the fact we are an island, but we are in close proximity to the mainland and to major cities.

“So it makes us ideal, and it’s not the first time we have been in the spotlight.

“We have a long history of scientific innovation, marine technology – we are the boating centre of the world with Cowes – so the island is quite use to being in the spotlight in a way.”