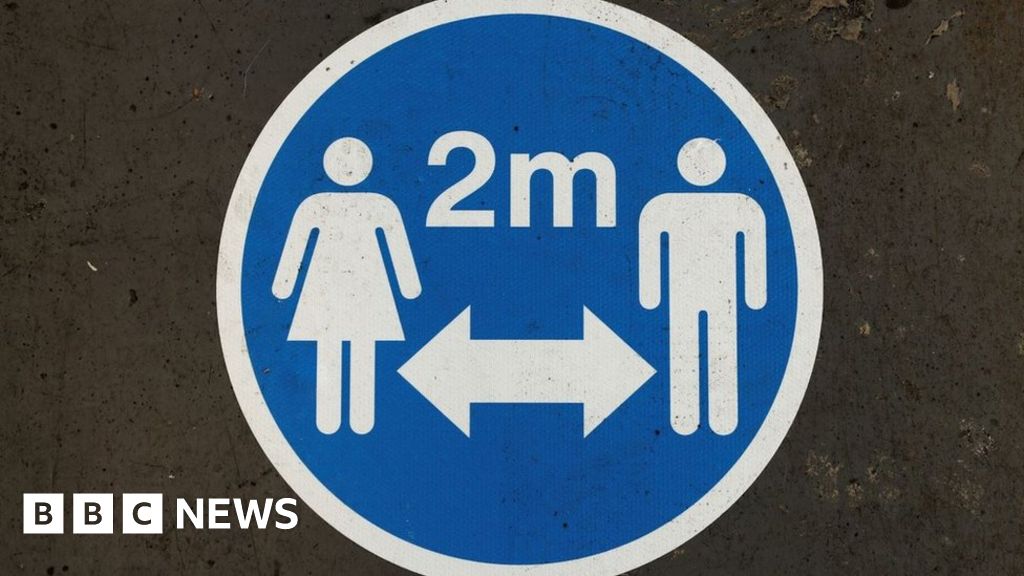 Stormont ministers are meeting to consider a request from Health Minister Robin Swann for new restrictions after a sharp rise in Covid-19 cases.

Mr Swann called for “concrete” action, saying on Wednesday the time has come “to limit contacts between people”.

Northern Ireland currently has the UK’s highest rate of Covid-19 cases per 100,000 people.

Any changes are likely to be announced by the first and deputy first ministers at a press conference later.

It is expected that Arlene Foster and Michelle O’Neill will front the briefing – the first time they have shared a platform at Stormont in 73 days.

It comes after Ms O’Neill acknowledged the credibility of Stormont’s public health messaging had been undermined by the controversy around veteran republican Bobby Storey’s funeral in June.

It is understood the date of 21 September is being considered to allow pubs which do not serve food to resume trading.

If that date is agreed by the Stormont Executive at Thursday’s meeting it would be the same day that non-food pubs are aiming to reopen in the Republic of Ireland.

It was announced on Thursday that there had been one more coronavirus-related death in the Newry, Mourne and Down area and 79 new cases throughout NI.

In the past seven days there have been 177 new cases in the Belfast council area.

At a press briefing on Wednesday, Mr Swann and Northern Ireland’s chief medical and scientific officers outlined their concerns about a recent sharp rise in infections.

In the UK as a whole, the 14-day cumulative total of cases per 100,000 member of the population is approximately 22.

In Northern Ireland, the equivalent figure is in excess of 35 cases per 100,000 people.

Mr Swann told the same briefing that if a foreign country had Northern Ireland’s Covid-19 figures, Stormont minsters “would be imposing quarantine” on anyone travelling from that state.

The health minister added more people from older age groups were now beginning to test positive and he warned the disease would again “spread to medically vulnerable”.

Dr Ultan Power, a professor of molecular virology at Queen’s University, said it was inevitable that an increase in social interaction as lockdown eased would lead to an increased spread of Covid-19, but added that now was “the time to act” to curtail infection.

“The more interactions we have with people in uncontrolled environments, the more transmission we’re going to have with the virus, and this is why I think it welcome now for intervention to happen so that we don’t accelerate further the level of transmission within the community.”

Prof Power welcomed the increased levels of testing, saying positive cases in the community “are being picked up much earlier”.

However, the health minister’s approach to the pandemic has been strongly criticised by the DUP’s Sammy Wilson.

Mr Wilson issued a statement questioning why Mr Swann had commissioned a second Nightingale Hospital for Northern Ireland, when other parts of the health service were struggling.

“Despite the fact that only 2.6% of ICU beds are occupied by people suffering from Covid-19 and the number of people hospitalised as a result of the virus is below 30, the health minister has now decided to spend more money, devote more resources and tie up more doctors and nurses with another Nightingale Hospital at Whiteabbey,” Mr Wilson said.

The DUP MP added that some family doctors had been reallocated to Covid wards “where they have little or no work to do” while many patients faced difficulties getting a GP appointment.

When asked about Mr Wilson’s statement at Wednesday’s briefing, Mr Swann said he had not read the comments and would he “lower” himself to comment on them.

The president vows to hit the campaign trail, though he is still receiving medical care.

A brand-new series of Top Gear has arrived!