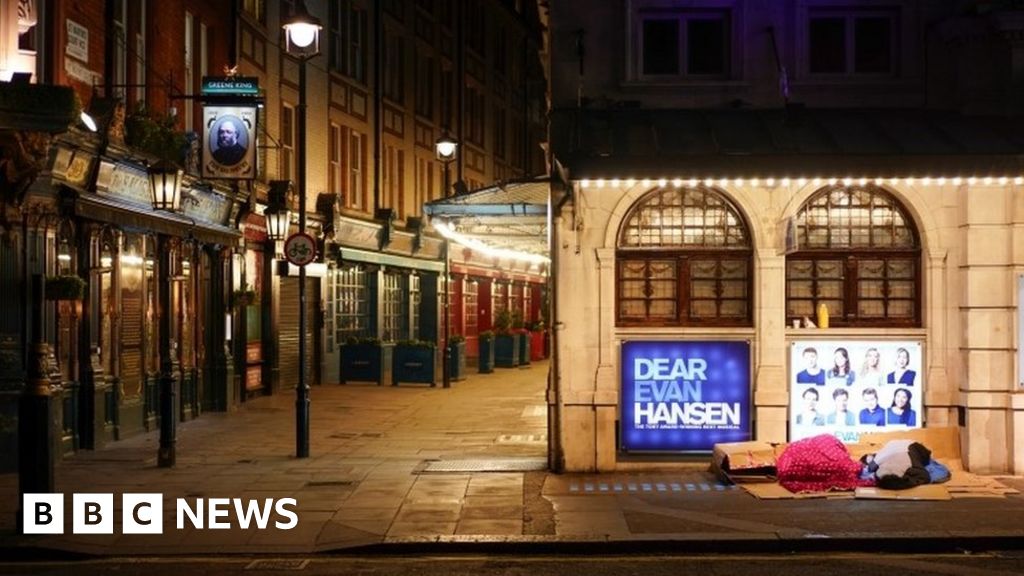 Hotel beds have been offered to rough sleepers in London to help protect them against coronavirus.

About 300 rooms were made available this weekend to vulnerable people already known to homelessness charities as part of an initial trial.

London Mayor Sadiq Khan’s office is working with Intercontinental Hotels Group (IHG) to block-book rooms at a discounted rate for the next 12 weeks.

It comes as Londoners and visitors stay away from central London.

Instead, people have taken to parks including Hyde Park and Battersea Park.

Rough sleepers are significantly more likely to have underlying health conditions – including respiratory problems – than the wider population.

They are also far less likely to be able to follow Public Health England advice on self-isolation, social distancing and handwashing.

The rooms would provide “vital protection” for rough sleepers who could use the space to self-isolate, the mayor’s office said.

London Mayor Sadiq Khan said: “Rough sleepers already face difficult and uncertain lives and I’m determined to do all I can to ensure they, along with all Londoners, are given the best protection possible.”

But Steve Folk, who walked around central London on Saturday handing out £400 he had received in donations to homeless people, said he was concerned many were struggling from the lack of donations now that people were distancing themselves from central London.

“Usually when I go out you have homeless people amongst working people and people who are housed, but now it’s unreal. I’d say half the people you see outside are homeless people. They are left unable to self isolate,” he said.

He added a Big Issue seller had told him he knew people that had been given a hotel room but were not using them.

“There are a lot of people hanging out at Charing Cross Station still. It might be that they are conditioned to be in that environment and I don’t know if hotels are freaking them out or if they are looking for the social element [of being at the train subway].”

In central London there was a distinct lack of people, particularly in the West End where you would expect busy streets full of shoppers. Instead, many shops, including those along Regent Steet, were closed while others allowed one in at a time.

Of the shops that were open, such as the Waterstones in Piccadilly, a fraction of the usual shoppers were browsing the store.

It was busier in other places, like along the Southbank or Richmond Park, with people feeling the need to get out and stretch their legs and take a look at the bizarre sight of empty cafés, pubs and closed tourist attractions.

Steve McNamara, general secretary at the Licensed Taxi Drivers Association, said: “London cabbies have always been there to help those in need and this current crisis is no different.

“Black cabs are the right vehicles for this, designed to be easily cleaned and sterilised, with a partition separating passengers from drivers.

From next week, the Big Issue will not be sold on the street to protect vendors. The charity said it was working on a way to get money and food to its sellers, many of whom were homeless.