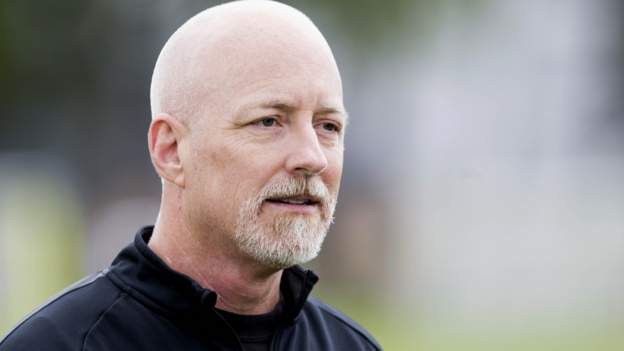 Dundee United owner Mark Ogren has called for financial support from the Scottish government, as the club talks with players and staff about wage cuts.

United are now following other Scottish clubs’ approach having initially only used the furlough scheme to help them through the Covid-19 pandemic.

But with no date set for fans to return, Ogren says clubs need help.

“Scottish football is not a very profitable venture to begin with,” the American said.

“A lot of clubs lose money and we’re one of those clubs.

“It’s one thing if you’re in control of what is happening and can make those decisions, it’s another thing when the government takes control and says you can’t have any customers. That is very unnerving.

“Football is a way of life in Scotland and the government needs to recognise that and they need to support the clubs.”

Ogren told United’s websiteexternal-link that revenue has dropped 40%, necessitating cost-cutting measures, like those enacted at Celtic, Rangers, Aberdeen, Hibernian, and others where a mixture of cuts and deferrals have been used.

Head coach Micky Mellon says there are “no big dramas”, with staff fully understanding of the situation.

“To be dealing with something like this just now is probably no massive great surprise, because there are no crowds and no income for these football clubs,” Mellon said.

Some reports have suggested United’s summer signings will not be involved in any pay deal, but captain Mark Reynolds says “everybody is on board”.

The players have been in contact with union PFA Scotland for advice about the process.

“Other teams have already crossed this bridge that we are now being asked to cross,” Reynolds said.

“We will all try and get round the table and come to a positive resolution for Dundee United.”

BBC Scotland examines the impact not having supporters is having on clubs and communities, and the case for crowds to return.

Scot Callum Skinner on his near self-destructive journey to Olympic and Commonwealth Games glory and why he retired at just 26.

BBC Scotland takes you through Scotland’s night of celebration via the eyes of the players who lived it.

Swimmer Michael Jamieson discusses the pursuit of excellence which led to an Olympic silver medal but also resulted in mental health problems and depression.

Sportscene will show all of the day’s Scottish Premiership goals every Saturday evening this season.