Egyptian top-flight derby abandoned after Zamalek fail to show up 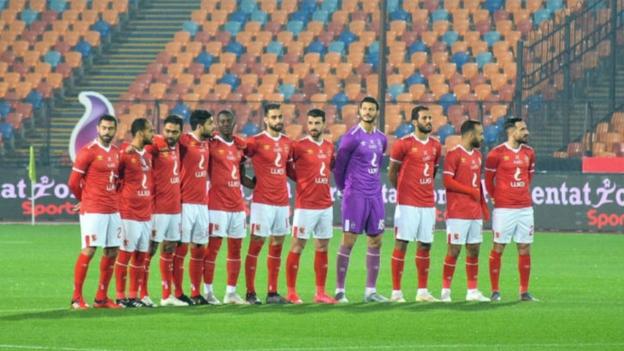 Top-flight Egyptian side Zamalek face punishment after failing to turn up to the Cairo derby against rivals Al Ahly on Monday.

It comes after sanctions were handed to players and officials from both clubs following a brawl when the teams met in last week’s Egyptian Super Cup.

Zamalek say they intended to play but had been delayed in traffic.

However, the Egyptian Football Association (EFA) said there were “no obstacles” holding up the team bus.

The EFA apologised to fans and say it will take disciplinary action against Zamalek.

Zamalek won the bad-tempered final in Abu Dhabi 4-3 on penalties and club president Mortada Mansour was among those fined and banned for his part in the violence at the game.

Mansour had said his players would not turn up for the Egyptian Premier League match at Cairo International Stadium, which the sides share, because of “fear and worry” over their welfare.

He appeared to change his mind and opted to send a youth side instead, but the team bus had not arrived an hour after the scheduled kick-off, and the game was abandoned, handing Al Ahly the win.

Al Ahly and Zamalek’s rivalry stretches back to 1917, usually played to packed stadiums and fervently followed not only in Egypt but across the Arabic-speaking world. It is regarded as one of the top derbies in world football.

Al Ahly are Africa’s most successful club side, having been crowned African champions on eight separate occasions.