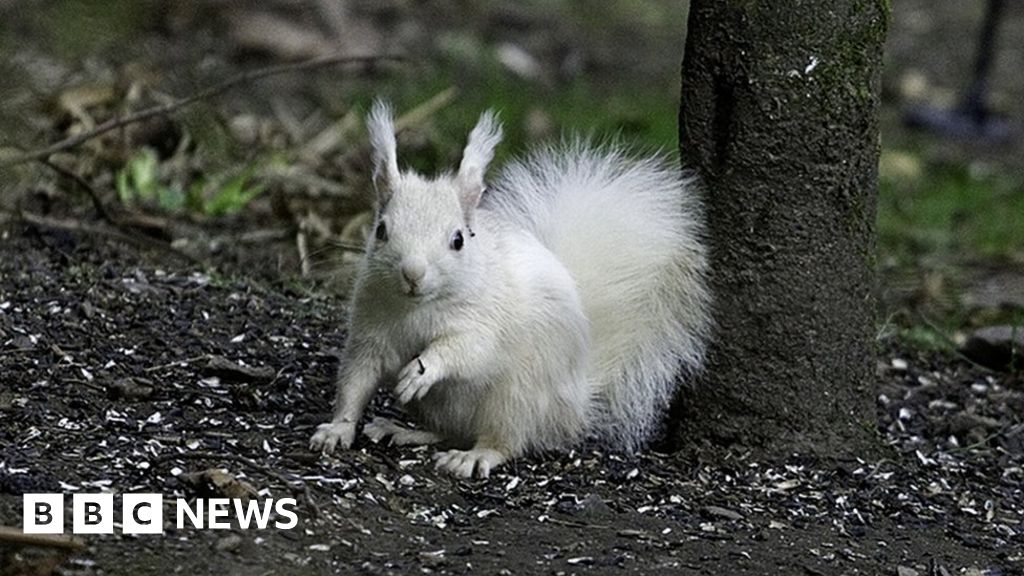 An “extremely rare” white squirrel has been spotted in Perth and Kinross.

The native red squirrel is thought to have a genetic condition called Leucism, which causes its white colouring and is different to albinism because it does not affect the eyes.

Despite being relatively common in grey squirrels, Leucism is less so in red squirrels.

Chris Eddington photographed the animal in his garden through his kitchen window, near Dunkeld.

The sighting and photographs were reported to Saving Scotland’s Red Squirrels.

The project’s conservation officer Ann-Marie MacMaster said the photos were some of the best images the project had seen of a Leucistic red squirrel.

She added: “Its distinct ear tufts and delicate body shape and size clearly distinguish this animal from its non-native cousin, the grey squirrel.”

The project team said only a few cases of Leucistic red squirrels had ever been reported to them, making this sighting “extremely rare.”

Chris Eddington said the sighting of the animal was among the few of any squirrels he had seen.

He said: “We have a squirrel feeder and bird feeders in the garden, but I’d only ever seen one squirrel visiting our garden at a time.

“Spending more time at home, we’ve managed to see three all at once, and now I’ve seen the Leucistic red squirrel too.”