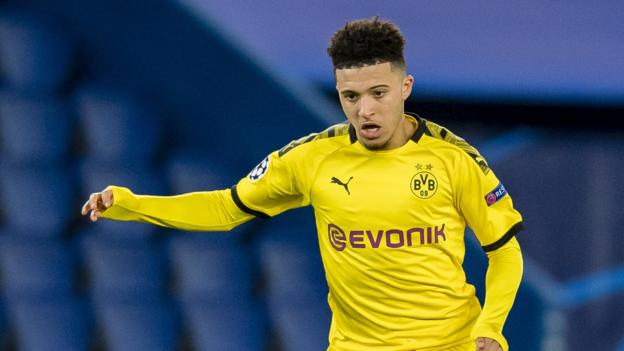 Chelsea, Manchester United, Arsenal and Tottenham are all interested in Barcelona and Brazil midfielder Philippe Coutinho, 27, who is keen on a return to the Premier League. (Mirror)

The Premier League is scheduling a tentative plan for games to start after 1 June, allowing the season to be finished within six weeks and the 2020-21 campaign to begin on 8 August. (Telegraph – subscription required)

Liverpool manager Jurgen Klopp is hoping to pip Barcelona and Real Madrid to the £74m signing of Napoli and Spain midfielder Fabian Ruiz, 23, this summer. (Express)

Manchester City will not be saved from a Champions League ban despite Uefa relaxing financial fair play rules for this season and next because of the coronavirus crisis. (Mail)

Manchester United could listen to offers for midfielders Jesse Lingard, 27, and Andreas Pereira, 24, this summer with both having fallen out of favour under manager Ole Gunnar Solskjaer. (Sun)

Representatives of Paris-St-Germain forward Neymar, 28, have told Barcelona the Brazilian wants to leave France and return to the Nou Camp. (Star)

Arsenal have been encouraged to sign Burnley’s New Zealand striker Chris Wood, 28, as a replacement for Pierre-Emerick Aubameyang, 30, if the Gabon international decides to leave this summer. (Star)

What are Premier League clubs doing to help communities?

Manchester United are thought to be preparing a £50m offer for Aubameyang, and Inter Milan and Barcelona also want the Arsenal club captain. (Metro)

Arsenal have targeted Celtic’s Odsonne Edouard, 22, as manager Mikel Arteta looks to strengthen, however Leicester and Everton are also interested in the French forward. (Mirror)

The suspension of football could give Paris St-Germain more time to convince France forward Kylian Mbappe, 21, to sign a new deal, with his contract set to end in 2022. (Marca)