George Floyd: What has Trump done for black jobs, poverty and crime? 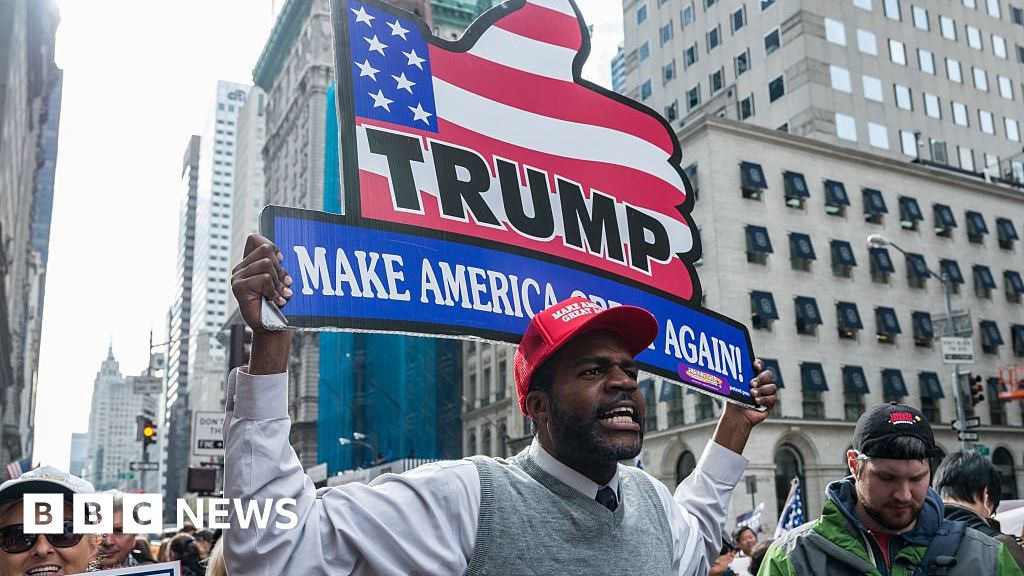 As protests continue across the US over the death of an African-American man, George Floyd, President Donald Trump has said he’s done “more for the black community than any president since Abraham Lincoln”.

He tweeted that he had delivered the lowest African-American unemployment, poverty and crime rates in US history.

So how has he done?

The African-American unemployment rate reached 16.8% in May this year – the highest since March 2010.

It’s spiked sharply because of the huge impact of the coronavirus crisis on the US economy.

And this has disproportionately affected African-Americans – their unemployment rate is 3.5% higher than the overall figure.

But it’s worth saying it went as low as 5.5% in September last year – the lowest figure recorded since the US Department of Labor started collecting these statistics in the 1970s.

Prior to the coronavirus crisis, there had been a consistent downward trend in African-American unemployment under President Trump.

However, there remains a disparity in wages between different groups in the US.

The average income of African-American households is almost 60% less than white households, with growth stalling under President Trump, according to the latest statistics.

In 2018, the latest data available, the African-American poverty rate was 20.8% – which is the lowest on record, beating the previous year, since the official count began in the 1960s.

That represents 8.9 million African-Americans in poverty, according to the US Census Bureau.

The US Census Bureau calculates poverty by judging that if a family’s total income is less than the family’s needs, then every person in that family is considered to be in poverty.

Black poverty also came down under President Obama, and was 21.8% in 2016 – his last full year in office.

This is hard to answer with any certainty.

There are crime statistics gathered by the FBI, but there isn’t comprehensive data categorised by race.

Violent crime overall has fallen under President Trump, continuing a trend which started after a peak in 1991.

When you look at the number of African-Americans arrested – which can give some indication – you can see arrests have come down over recent years.

The latest available data is from 2018 and shows that 2,115,381 African-Americans were arrested, according to FBI statistics.

Send us your questions