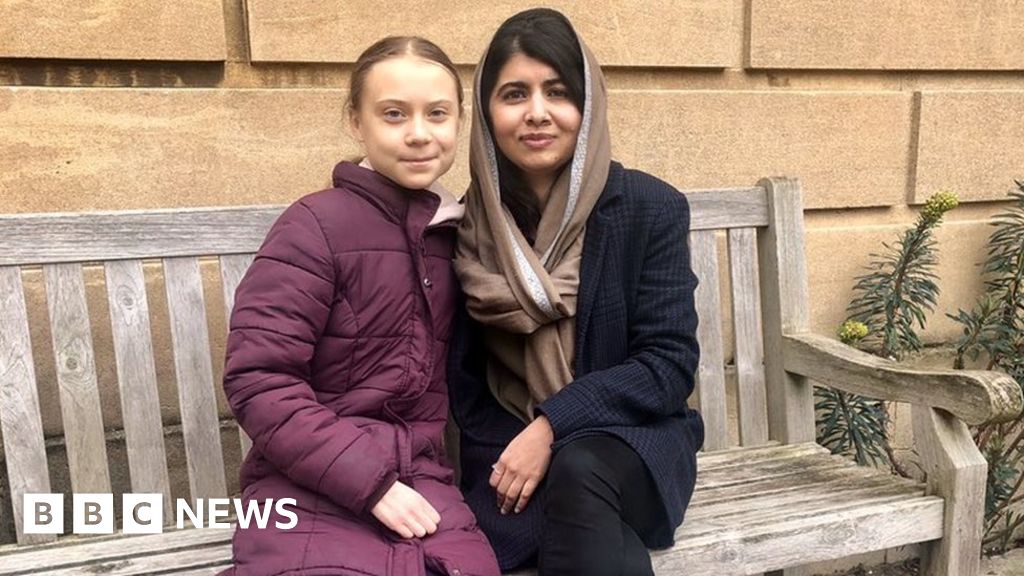 Greta Thunberg has met Malala Yousafzai during a visit to Oxford University.

The climate change campaigner, 17, made the trip to Lady Margaret Hall where she met the human rights campaigner, 22, on Tuesday.

Ms Thunberg is set to join a school strike in Bristol. Ms Yousafzai is studying politics, philosophy, and economics at the university.

The student posted a picture of the two young activists on Instagram, saying simply: “Thank you @gretathunberg”.

Also posting on social media, Ms Thunberg said: “So…today I met my role model. What else can I say?”

It is not known what the pair discussed, though according to Alan Rusbridger, the principal of Lady Margaret Hall, Ms Thunberg spoke to students about “science, voting, the limits of protest, divestment, real zero v net zero, and much more” during her visit.

Honoured to host @gretathunberg at @lmhoxford today and grateful she found time to talk to some of our students about science, voting, the limits of protest, divestment, real zero v net zero, and much more

Replying to the young women’s posts, others have declared them “legends” and described the meeting as “awesome”.

While Ida Skibenes said: “Thanks for being the sheroes we need and for giving us hope.”

Jennifer Cassidy, a lecturer in politics at the University of Oxford, wrote: “I walk out my door, up one street and see @Malala and @GretaThunberg talking outside.

“Two powerful young women standing for justice, truth and equality for all.”

Good Morning Britain host Piers Morgan said: “What a photo… the two most influential young women of my lifetime meet in Oxford.”

Others were less complimentary, describing the pair as “overrated”.

Two years ago, Ms Thunberg started missing lessons most Fridays to protest outside the Swedish parliament building, in what turned out to be the beginning of a huge environmental movement.

She has become a leading voice for action on climate change, inspiring millions of students to join protests around the world.

In 2012, Ms Yousafzai was shot in the head, neck and shoulder by a Taliban fighter while travelling home from school after writing an anonymous diary about life under the extremists.

After recovering from her near-fatal injuries, she and her family relocated to Birmingham.

In 2014, she became the youngest person ever to win the Nobel Peace Prize, at the age of 17. Three years later she accepted a place to study at Oxford.