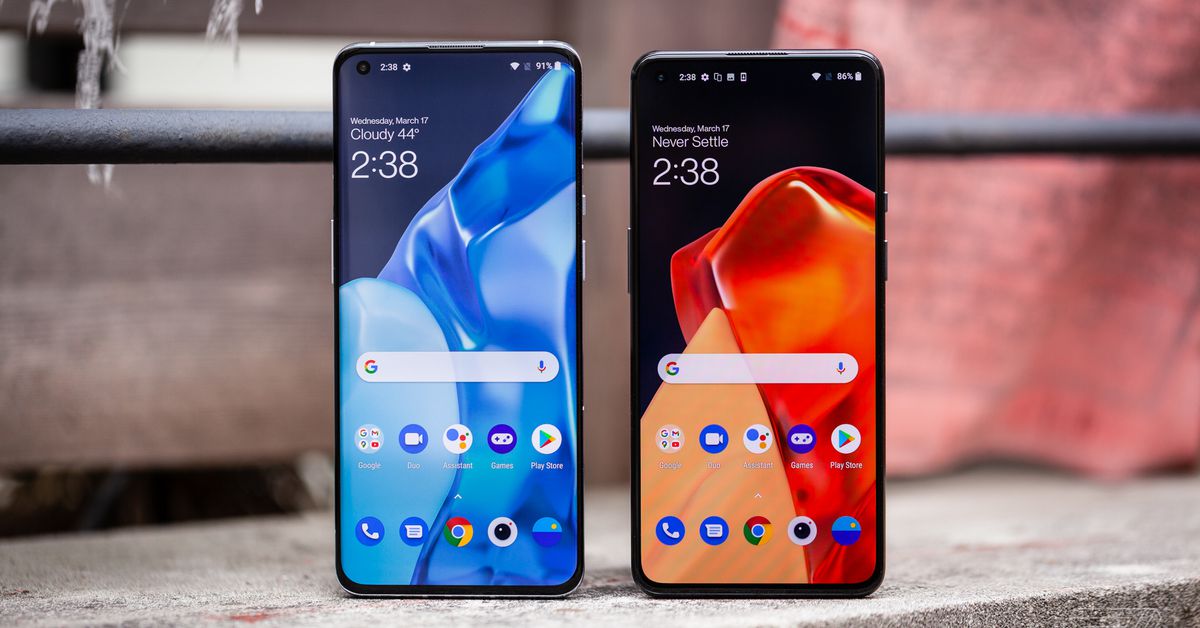 To Pro or not to Pro? Or maybe Samsung?

OnePlus has released its new batch of phones, the OnePlus 9 and the 9 Pro. As is the tradition with OnePlus, the phones are equipped with the latest high-end Snapdragon chips and are priced lower than most of the competition.

Both phones also include charging features that Apple and Samsung don’t match: they wirelessly charge at a super-fast 50W and can charge at 65W over wired charging. They also both have Hasselblad’s camera tuning and software.

The OnePlus 9 and 9 Pro are very similar, but there are a few differences to watch out for:

At retail prices, the regular OnePlus 9 is $70 cheaper than Samsung’s regular Galaxy S21 and $100 cheaper than the iPhone 12. Both of those phones include mmWave and IP68 water resistance. But if those aren’t features you care about, it may be worth the savings to you.

The 9 Pro can’t quite match the all-out specs and features of the Galaxy S21 Ultra, but it’s also priced well below it, too. For fun, we also threw in Oppo’s latest flagship phone, which isn’t available for purchase in the US but is pretty similar to the Pro.