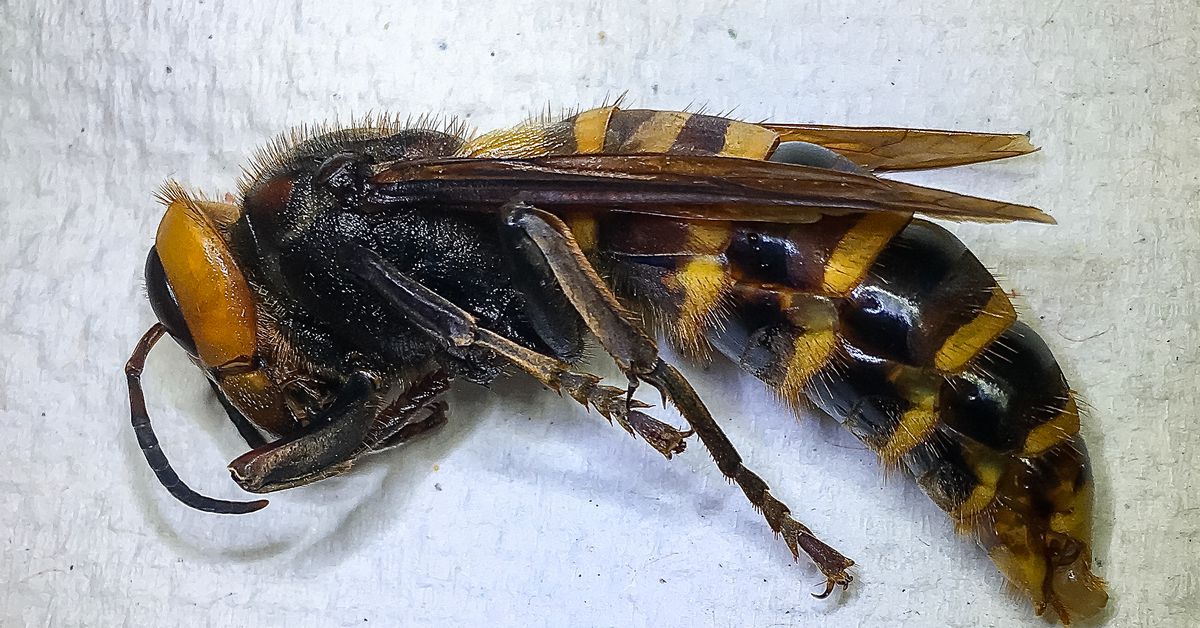 Hello it is I, your intrepid murder hornet correspondent. What’s a murder hornet, you ask? I wish I did not know. But as I wrote back in May, the Asian giant hornet (its official name) can grow up to two inches long, rips the heads off of honeybees, and has a stinger that can jam right through standard beekeeping suits. Oh and they can fly up to 20 miles per hour and their stings can kill you. Nature is the best.

Guess what, though: the heroes at the Washington State Department of Agriculture say they’ve trapped a murder hornet in the state for the first time (as opposed to finding one in the wild). The hornet was discovered in a trap near Birch Bay in Whatcom County on July 14th and positively identified July 29th.

The WSDA says his means their traps work (yay), but also that a new colony of the hornets has formed (boo) since the initial sightings in the US back in December. Not only are they mean-looking and vicious, Asian giant hornets are considered an invasive pest, and scientists really want to prevent the hornets from establishing a presence in the US, because of the threat they pose to the delicate honeybee population.

Sven Spichiger, managing entomologist at the WSDA says they’re still working to determine whether the one they caught is a worker or a queen, since it’s kind of in-between in terms of size. He’s leaning toward it being a worker. Here’s the side-by-side (sorry):

Spichiger says they’re also optimistic that they’ll be able to live-trap some hornets as well, and possibly tag them for tracking. “It’s a little sketchy when you’re donning the almost inch thick hornet suit, and it’s July out, and of course you’re a little nervous,” he said during a press call.

Because the number of Asian giant hornets increases as a colony develops, the WSDA says residents are most likely to see one in August and September. But! The entomologists are not screwing around here. According to the WSDA news release:

WSDA’s next steps are to search for nests using infrared cameras and place additional traps in order to catch live Asian giant hornet specimens. WSDA Pest Program staff will deploy special traps intended to trap hornets but keep them alive. If they catch live hornets, the department will attempt to tag and track them back to their colony. Once located, the agency will eradicate the colony.

Man that whole paragraph is like a pitch for a new CSI: Murder Hornet show (cc Quibi, Netflix, Peacock, etc.) which I would TOTALLY watch although I might fast-forward through some parts. The WSDA says it has hundreds of traps to try to catch more of the hornets, and members of the public have thousands of home-made traps as well which Spichiger says is helpful: “We’re hoping this is the only one we find for the year, but we have a lot of traps out, and that should help us make sure that we cover the area and take care of any problems.”

The WSDA says people can build and set their own traps for the hornets, and report sightings on its website. Obviously you’ll do that after you stop screaming, and really, try to avoid contact with them, their stings really, really hurt. Take a photo if you see one. But leave the handling to the professionals.