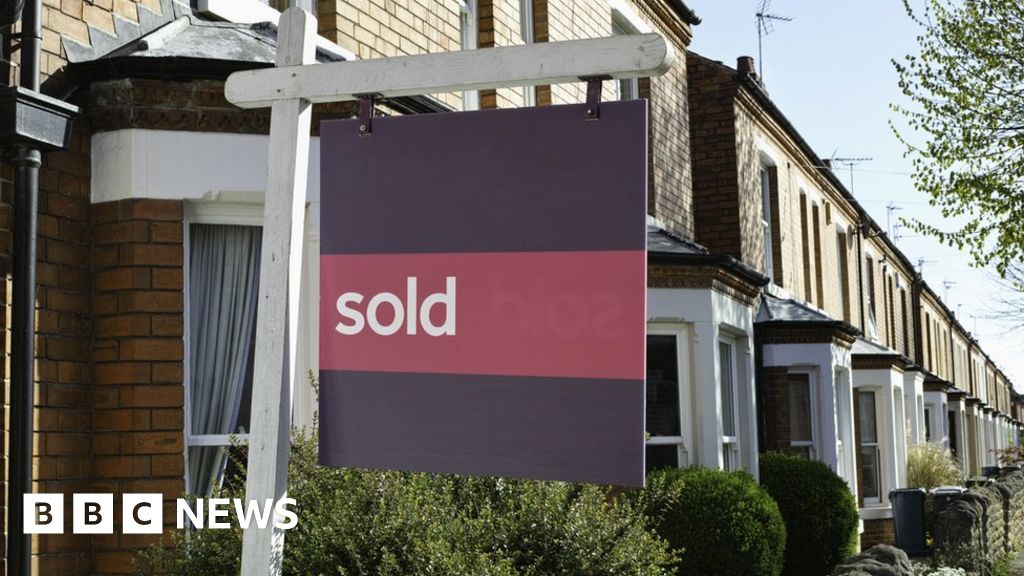 House prices fell 1.7% in May from the previous month, the largest monthly fall for 11 years, according to the Nationwide.

“The medium-term outlook for the housing market remains highly uncertain,” the Nationwide warned.

“We have already seen a sharp economic contraction as a result of the necessary measures adopted to suppress the spread of the virus,” said Robert Gardner, Nationwide’s chief economist.

But he pointed out that the raft of policies adopted to support the economy should “set the stage for a rebound once the shock passes” and help limit long-term damage.

“These same measures should also help ensure the impact on the housing market will ultimately be less than would normally be associated with an economic shock of this magnitude,” he predicted.

The figures are based on Nationwide’s lending data, do not include cash purchases, and may have a greater volatility owing to the very low levels of activity.

Yet, the big month-to-month drop in Nationwide’s house price index in May – the largest since February 2009 – “is just the start of a protracted decline over the remainder of this year,” warned Samuel Tombs, chief UK economist at Pantheon Macroeconomics.

Before the pandemic struck the UK, the housing market had been steadily gathering momentum, the Nationwide said.

“Behavioural changes and social distancing are likely to impact the flow of housing transactions for some time,” Mr Gardner said.

Recent Nationwide research suggested that one in eight people had put off moving because of the lockdown.

But the majority saw the current situation as a temporary pause in the market, with would-be buyers planning to wait six months on average before looking to enter the market.

Early indicators of housing demand have picked up since in-person property viewings were permitted again on 13 May, said Pantheon Macroeconomics.

It said the daily volume of Google searches for the three main property portals had increased to be just 13% below its pre-lockdown level, having been down 50% in April.

“Relatively few people likely will be forced to sell their homes, given that mortgage payment holidays are easily available and home ownership has declined,” said Mr Tombs.

“Nonetheless, the huge size of the blow from Covid-19 to households’ incomes and the deterioration in consumers’ confidence suggests that house prices must drop.”

He predicted a 5% fall in prices by the end of the third quarter of the year.

Separate figures from the Bank of England show how the mortgage market decelerated sharply alongside the house sales shutdown.

Some 15,848 mortgage approvals for house purchases were recorded in April – about 80% below February levels before the coronavirus crisis took hold, the Bank said.

This was around half the number of approvals taking place in the trough during the financial crisis, and the lowest since the figures started in 1993.

Approvals for re-mortgaging fell by a lesser extent during the month, to 34,400, some 34% lower than in February.

The UK’s financial watchdog has confirmed the support firms should give to mortgage customers who are either coming to the end of a payment holiday or who are yet to request one.

The Financial Conduct Authority (FCA) said last month that homeowners struggling financially due to coronavirus would be able to extend their mortgage payment holiday for a further three months, or cut payments.

On Tuesday, it confirmed customers yet to apply for a payment holiday have until 31 October 2020 to do so. Meanwhile the current ban on lender repossessions of homes will be continued to 31 October.

“The measures we have confirmed today will mean anyone who needs to can get help from their lender, if they are still struggling to pay their mortgage due to coronavirus,” said Christopher Woolard, interim chief executive at the FCA.

“It is important that if a consumer can afford to re-start mortgage payments, it is in their best interests to do so. Customers should talk to their firm about the best option available for them.”

On Friday, the Nationwide’s chief executive, Joe Garner, argued that it would be prudent for extensions to mortgage holidays to be marked temporarily on a borrower’s credit file.

However, the FCA said the current guidance – that taking a deferral should not have a negative impact on a borrower’s credit file – should continue.

The regulator pointed out that lenders could still use details obtained from other sources, such as bank account information, when making their decisions on whether to grant other loans.