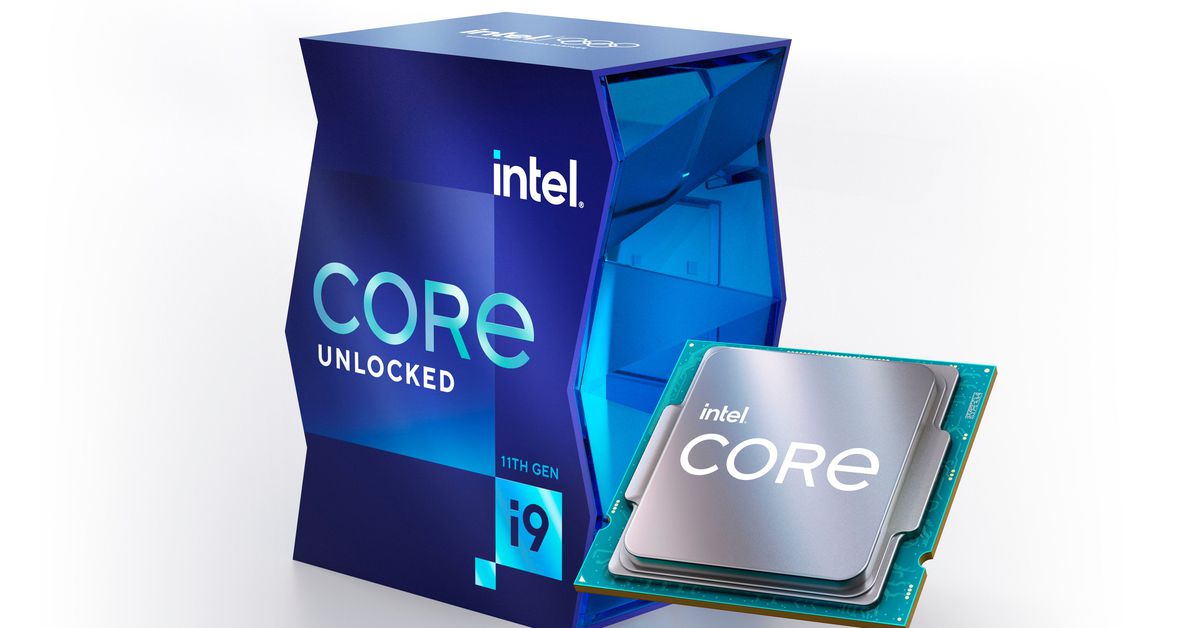 Eagle-eyed Intel fans might notice that the new chip is, on paper, actually a downgrade from last year’s top model, the Core i9-10900K, which offered 10 cores and 20 threads (and a similar boosted clock speed of 5.3GHz).

That’s because Intel is debuting a new desktop core architecture for the first time in over half a decade with its 11th Gen Rocket Lake-S chips called Cypress Cove. Cypress Cove finally replaces the Skylake microarchitecture, which the company has been using since its 6th Gen chips in 2015.

But the Cypress Cove design isn’t actually a whole new microarchitecture — it’s actually Intel’s Willow Cove chip designs and technologies that the company has been using on its 11th Gen 10nm Tiger Lake chips which Intel is backporting to its 14nm production process.

Since those designs were meant for 10nm chips, though, Intel is limited in the number of cores it can fit when scaling them up to a 14nm size; hence, the reduction in core count year over year. But Intel still says that the new chips will offer better performance (at least, in some cases) than the 10th Gen, with the core architecture enabling up to 19 percent IPC (instructions per cycle) than the previous generation.

Intel’s argument here is effectively that sheer core count isn’t enough on its own — frequency speed and performance matters, too, and thanks to the maturity of the 14nm production process, Intel is very good at cranking out every last drop of performance from these chips.

And Intel’s benchmarks (obviously) support that argument: head to head with last year’s Core i9-10900K, the i9-11900K offered between 8 to 14 percent better performance on games like Gears 5, Grid 2019, Microsoft Flight Simulator, and Total War: Three Kingdoms. Intel also says that its top chip outperforms AMD’s flagship Ryzen 9 5900X processor for those titles, although by slightly smaller margins (between 3 and 11 percent better, according to Intel’s benchmarks).

That said, Intel’s tests were all running at 1080p, so we’ll have to stay tuned for more comprehensive benchmarking down the line on a wider range of titles — and particularly, at 4K resolution.

The new architecture also brings other improvements, with up to 50 percent better integrated graphics compared to Gen9 thanks to the company’s new Xe graphics, with one-third more EUs than its Gen9 graphics.

Given that these are desktop chips that will almost certainly be paired with a high-end discrete graphics card, that’s not the most groundbreaking improvement, however. And while Intel will be offering several F-series models of the new chips without GPUs, the overall design is still the same on those models. That means that Intel isn’t going to be offering any niche models that ditch integrated GPUs to try to fit in more cores, at least for now.

The new chips also feature other improvements. The 11th Gen chips add Resizable BAR, for a frame rate boost on compatible Nvidia and AMD graphics cards. There’s built-in support for both USB 3.2 Gen 2×2 at 20Gbps as well as Intel’s own Thunderbolt 4, along with DDR4-3200 RAM. And Intel has added four additional Gen 4 PCIe lanes, for a total of 20.

Additionally, there’s some new overclocking options with the new chips for users looking to squeeze out even more power. Specifically, Intel’s Extreme Tuning Utility software is getting refreshed with a new UI and some updated features alongside the 11th Gen chips.