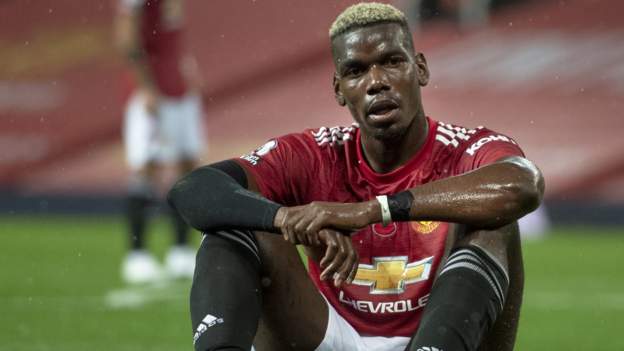 Manchester United suffered a chastening night after conceding an embarrassing opening goal as they were humbled by Champions League rookies Istanbul Basaksehir.

Basaksehir, formed only in 1990, claimed their maiden Turkish Super Lig title last season and had not scored a goal or claimed a point in their opening two games in the competition.

They could not have wished for an easier way to get off the mark as United’s defence went missing, allowing former Chelsea and Newcastle striker Demba Ba to run clear from the halfway line and fire past Dean Henderson.

United’s defensive efforts for the second goal were almost as bad, Deniz Turuc dispossessing Juan Mata and finding Edin Visca in acres of space in the box to smash home.

The visitors were given hope when Anthony Martial headed in from a Luke Shaw cross two minutes before the interval, but they could not salvage a result in a shabby second half showing, Basaksehir picking up a famous victory.

United’s 6-1 humiliation at the hands of Tottenham last month looked to be the low point in their season, picking up three victories and a draw after that result.

But they were desperately poor in the defeat by Arsenal on Sunday and this was another feeble showing which piles the pressure on manager Ole Gunnar Solskjaer.

Like much of the Norwegian’s reign, United seem to build momentum and then throw in dreadful performances, with the inevitable questions likely to come about his suitability for the job.

United finished third last season and the need of a new centre-back was clearly obvious but they failed to make the addition in the transfer window, the fragility once again exploited in Istanbul.

On an uncomfortable night, Ba’s goal was humiliating and Visca’s effort to double the lead proved to be enough as the hosts held on.

Goalkeeper Henderson has been restricted to Carabao Cup appearances but despite not being at fault for either goal, his first major game for United was a forgetful one.

The visitors should have netted more but Danijel Aleksic’s header was straight at Henderson, while Visca flashed a shot narrowly over.

Although Martial pulled a goal back and Bruno Fernandes saw a free-kick comfortably saved by Mert Gunok, United never really looked like scoring, and even the introduction of Paul Pogba and Edinson Cavani on the hour-mark could not inspire an equaliser.

All evening their passing was often slow and ponderous against a side happy to sit back and soak up the pressure.

United won their opening two group games in impressive fashion against Paris St-Germain and RB Leipzig, but now have work to do to reach the knockout stages after their third straight loss in the Turkish city.

Basaksehir’s first goal deserved a section of its own, as it was utterly astounding.

Former United midfielder Paul Scholes described it as “under-10s football”, while ex-United man Owen Hargreaves said he had “never seen a goal like it”.

United had a corner which they played short and took their time getting into the box, the ball eventually dropped loose and allowed Visca to look up and punt a long pass upfield.

With United’s defence deserting their duties, 35-year-old Ba had a one-on-one with Henderson from the halfway line, before coolly rolling in Basaksehir’s first ever goal in the competition.

United fans have sang about Ba in the terraces since 2014, when he burst through at Anfield to score the goal from Steven Gerrard’s infamous slip, but he returned to punish them on this occasion.

In fact, looking at the image below, you can see just how far Ba ran from to score, and the mess that United had got themselves in.

Scholes added: “It is comical, it is laughable what happened. They had no-one within 20 yards of their centre-forward Ba.”

All in all, another miserable result for United.

After suffering back-to-back defeats United now have what looks like a must-win game against Everton at Goodison Park on Saturday (kick-off 12:30 GMT), just before the international break.

Rafael (Istanbul Basaksehir) wins a free kick in the defensive half.

Attempt missed. Scott McTominay (Manchester United) header from the centre of the box misses to the left. Assisted by Luke Shaw with a cross following a corner.

Attempt missed. Nemanja Matic (Manchester United) header from the centre of the box misses to the right. Assisted by Luke Shaw with a cross following a corner.

Martin Skrtel (Istanbul Basaksehir) is shown the yellow card for a bad foul.

Attempt blocked. Fredrik Gulbrandsen (Istanbul Basaksehir) right footed shot from the right side of the box is blocked. Assisted by Martin Skrtel.

Anthony Martial (Manchester United) wins a free kick in the defensive half.

Scarlett Moffatt investigates what lurks beneath