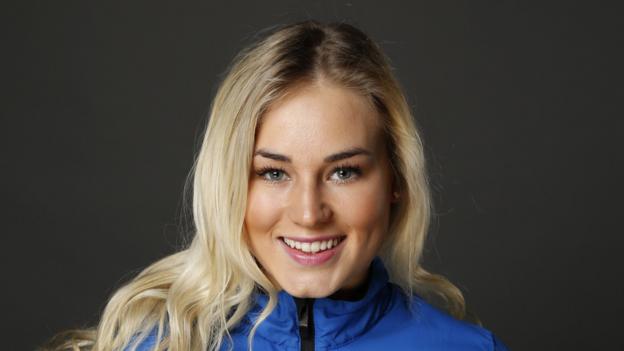 Britain’s Katie Ormerod has become the first Briton to win a World Cup snowboard title, in her first full season back after a serious injury.

The 22-year-old was named slopestyle champion after the final event in the Czech Republic on 21 March was cancelled over coronavirus concerns.

“My comeback season has turned out to be the best season of my career so far and it’s been so much fun,” she said.

Ormerod was a medal favourite going into the 2018 Winter Olympics in Pyeongchang but first suffered a broken wrist and then split her heel in two during training. She needed seven operations on her injured heel.

She made a successful return last season before marking her comeback to the World Cup circuit in August.

A date for the formal presentation of the Crystal Globe – awarded to World Cup winners – will be announced soon by the International Ski Federation.

Also on Tuesday GB Snowsport announced that the GB Alpine Championships 2020, which were due to be held in Tignes, France, between 29 March and 10 April, had been cancelled because of coronavirus.

Vicky Gosling, chief executive of GB Snowsport, said: “We know this is hugely disappointing for all those who had been looking forward to Tignes but GB Snowsport take their responsibility for the wellbeing of all athletes, officials and spectators extremely seriously.”

How to get into curling – an intricate, tactical back-and-forth game on a sheet of ice, accessible to all ages.

How to get into ice skating – find a rink near you and start gliding across the ice.

Learn how to get involved in ice hockey to put your skating and hand-eye co-ordination to the test.

How to get into skiing – a full-body workout, guaranteed to get you fitter, with slopes and centres across the UK.

Latest news and results from the official site.