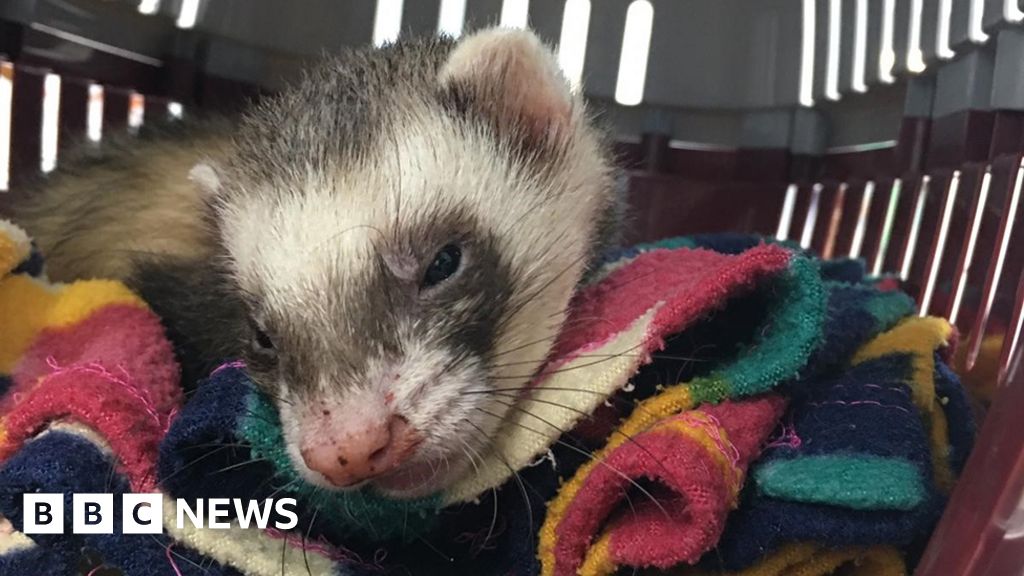 A pet ferret has made a “miraculous” recovery after accidentally spending a full cycle in a washing machine.

Bandit was given a 1% chance of survival by vets after going through a 100-minute wash when he sneaked into his owners’ machine in Leeds.

The two-year-old ferret suffered a collapsed lung and bruising in the incident.

Veterinary surgeon David Massey said Bandit was in a “pretty bad way when he came in”.

“The team here got to work quickly to try and save his life,” said Mr Massey.

“His owners’ quick-thinking upon realising the situation also helped ensure we could prevent a tragedy.

“Amazingly, within four hours of being admitted he took a few gentle steps, which is when we started to become confident that he would make a good, and miraculous, recovery.”

Bandit’s owner Jackie Redfern said she feared the worst before a call from Vets4Pets in Colton, Leeds, confirmed Bandit was responding positively to treatment.

“His brother, Mikey, had been quiet for two days,” said Ms Redfern.

“But, as soon as Bandit was back, he immediately perked up and seemed to want to take care of his sibling and was constantly by his side.”

Mr Massey warned pet owners to be careful and check their washing machines before using them.

He said: “While this situation is thankfully extremely rare, washing machines and tumble dryers can often be a place our furry friends can seek out, particularly during colder weather when they might be looking for a cosy place to curl up.”