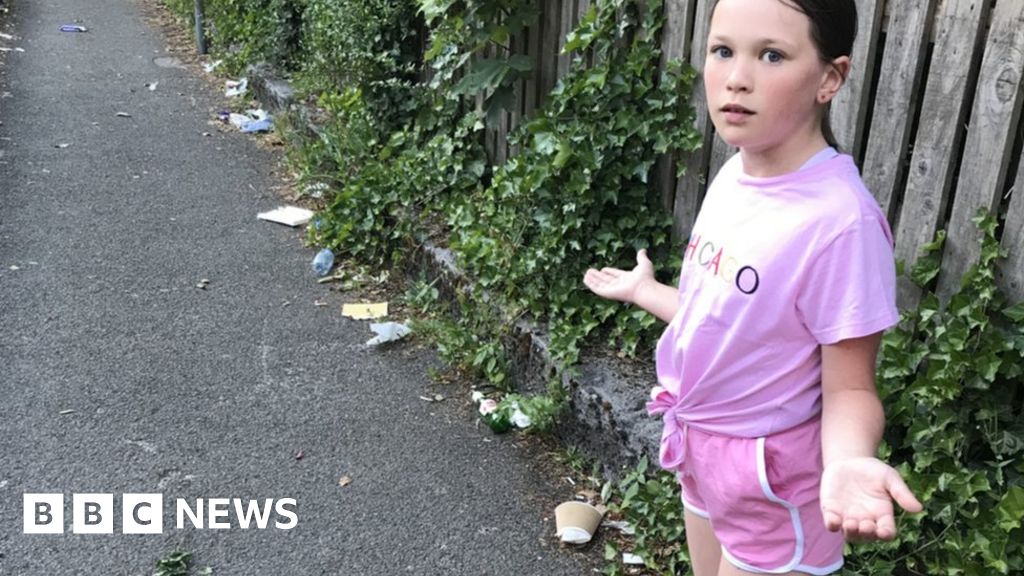 A 10-year-old girl has written an open letter to the hundreds of people who visited her village and left rubbish in its parks and footpaths.

Kylah wrote she was “disappointed” by the behaviour in Matlock Bath, Derbyshire, at the weekend, and how she had been helping to clean up the mess.

Grandmother Diane Evans said Kylah’s letter will be made into a poster as she had been left “extremely upset”.

For weeks tourists have been visiting the village despite calls to stay away.

Barry Lewis, leader of Derbyshire County Council, remarked that they must think that “Covid-19 is a joke”.

However, visitors have not heeded the warnings and many arrived again on Saturday and Sunday, prompting Kylah to write her letter.

She said: “Stop, you are coming into this village and you all just… [ruin] it. All it is now is a place for [rubbish].

“I and the village went out just to clean up your mess! We shouldn’t [have] to do that…

“I am really [disappointed] in you all.”

Ms Evans said it had been “dreadful” at the weekend with a lack of social distancing. Gardens and planters had also been used as toilets, she added.

Polystyrene takeaway boxes had also been discarded near the decorative pond in Derwent Gardens.

On Monday, armed with gloves, bin bags and litter pickers, Kylah and Ms Evans joined a group cleaning up the streets.

She said, while it has been quieter since Sunday, about 200 motorcyclists arrived and parked up on the street on Tuesday evening.

Ms Evans said Kylah’s letter will be turned into a poster and put up around Matlock Bath ahead of the weekend.