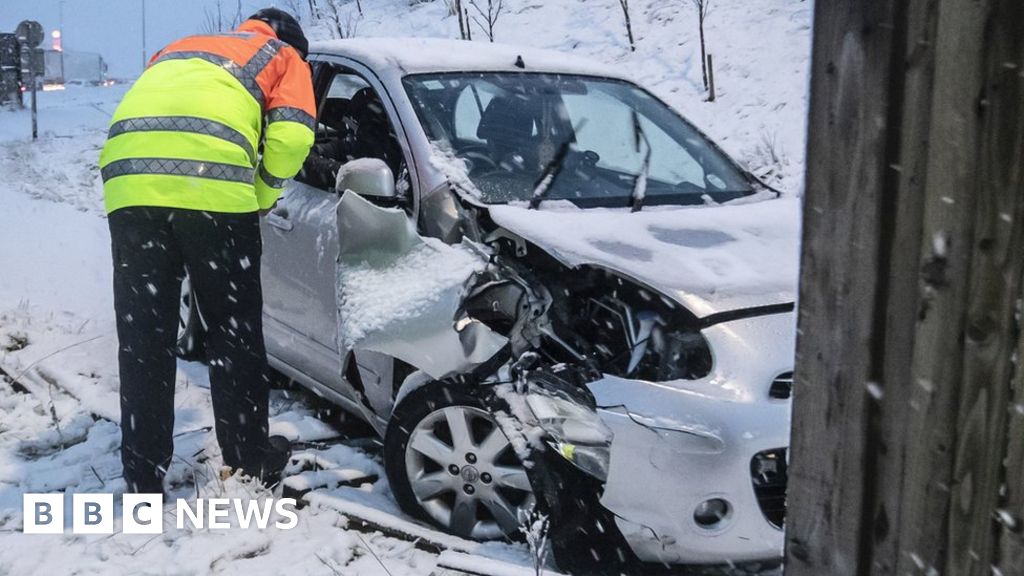 These are external links and will open in a new window

Dozens of schools have closed and there were chaotic scenes on the roads after heavy snow hit north-east England.

The Met Office had issued a yellow warning for snow and rain until midday on Monday.

Schools across County Durham have closed and there was major congestion on the A1 in North Yorkshire and A19 between Sunderland and Hartlepool.

A number of roads in Cumbria were also said to be impassable, while at least 35 schools in the county were closed.

The A66 between Scotch Corner and Penrith is closed, with stretches expected to remain shut until Tuesday.

Highways England closed slip roads on the A1 at Scotch Corner and Catterick earlier after several vehicles got stuck.

The A19 near Peterlee was also affected by heavy smoke from a fire at a unit on the South West Industrial Estate.

Schools in Teesdale and Weardale are closed, along with several others across County Durham.

Ross Harper, in Evenwood near Bishop Auckland, said his children were due back in school after their half-term holidays.

“The kids will be gutted,” he said after the snow closed the schools.

Forecasters predict the snow will turn into rain as the day progresses, with winds picking up later.

County Durham and Darlington Fire and Rescue Service is urging motorists to take care and follow advice on driving in snow.

The Prince of Wales, 71, has mild symptoms but “otherwise remains in good health,” Clarence House says.