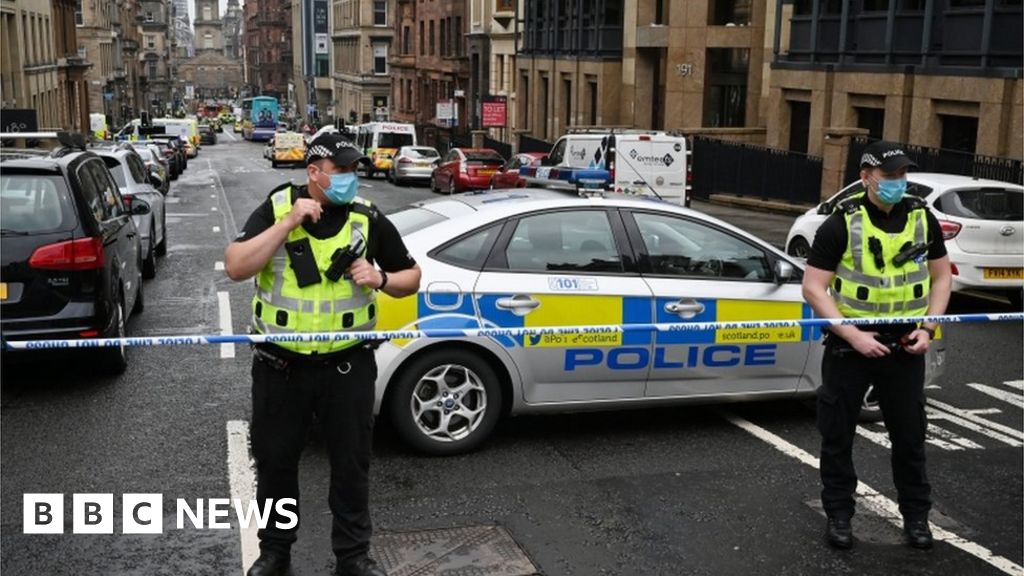 Scotland’s most senior police officer has praised the rapid response to the “traumatic” Glasgow stabbing attack.

He told the Scottish Police Authority (SPA) he was limited in the detail he could share about Friday’s incident.

But Mr Livingstone said: “All the officers who attended faced a dynamic and traumatic set of circumstances.”

He added: “The incident, through their professionalism, was quickly contained.”

The Police Scotland chief constable told the SPA the six casualties, including PC David Whyte, remained in hospital after being attacked by Badreddin Abadlla Adam.

The 28-year-old Sudanese asylum seeker died after being shot by armed officers.

However, later on Tuesday police confirmed one of the victims had been discharged from hospital.

Mr Livingstone underlined that this was the first fatal shooting by Police Scotland since the national force replaced the old eight-force model in April 2013.

He also re-emphasised that the incident was not being treated as terrorism, officers were not looking for anyone else and there was no wider risk to public safety.

Mr Livingstone added: “Clearly my thoughts and very best wishes are with those who have been injured and their families.”

He also passed on his best wishes to everyone who had been affected “by this traumatic incident.”

The chief constable said he spoke to PC Whyte over the weekend and thanked him and his colleagues for their “professionalism, their service to fellow citizens and their courage”.

He said: “Terrible incidents such as this are very rare in Scotland.

“The event understandably shocked the people of Glasgow and the whole of Scotland and, of course, it is essential that thorough, robust inquiries are now carried out to establish the full circumstances of the events on Friday.”

Mr Livingstone told the authority he was limited in the details he could share as two separate inquiries, both under the direction of the Lord Advocate, were under way.

He said the force was examining the incident itself while the Police Investigations and Review Commissioner (Pirc) was probing the discharge of a firearm by officers.

The chief said: “I think Friday demonstrated visibly the officers of Police Scotland run into danger to protect their fellow citizens and to do their duty.

“Their professionalism as police officers, in my judgement, was outstanding.

“I pay tribute to their bravery, selflessness, professionalism and commitment of protecting the public.”

Mr Livingstone also said it was “disgraceful and deplorable” when officers were subjected to violence during the course of their duty.

PC Whyte is the third officer to be seriously injured this month after the attempted murder of two colleagues in Wishaw on 14 June.