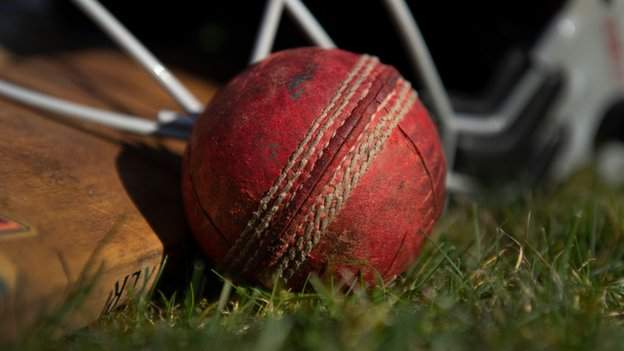 Fourteen black, Asian and minority ethnic professional cricketers say they have experienced or witnessed racism in the sport.

A survey by the Professional Cricketers’ Association (PCA) has found that more than half of those professional cricketers in England and Wales who responded were unclear on how to report racism in the sport.

The survey was sent to 575 male and female cricketers, including those who have left the game in the past two years, with 174 responding.

A quarter of all respondents – including 14 of the 24 BAME players who answered – said they had experienced or witnessed racism in the game.

Of those who had experienced or witnessed racism, more than 60% said they believed it was disguised as ‘banter’.

In 2020, the PCA established an equality, diversity and inclusion working group – which included former England cricketers Isa Guha and Mark Butcher – with the survey carried out last summer.

As a result of the findings, the PCA will introduce a new anti-racism programme during the 2021 season to educate players on areas including discrimination, diversity and unconscious bias.

The PCA’s new anti-racism programme will begin in March and will be delivered to all domestic male and female teams as well as the England men’s and women’s squads.

The workshops will be developed alongside a consultancy firm specialising in diversity in the workplace and will aim to educate players on areas including cultural differences and unconscious bias.

“Racism in the game is unacceptable and the game needs to take action,” said PCA chief executive Rob Lynch.

“Players have asked for education and clarity on the reporting of discriminatory behaviours and for the development of a code of conduct, which we will deliver on this year.

“There is plenty of work to be done in the fight for equality. This is about effecting real change and we will continue to strive to ensure that professional cricket is a game for all.”

In November the England and Wales Cricket Board (ECB) announced measures to tackle racism in the sport – including the introduction of a new equality code of conduct.

Rafiq had previously claimed that “institutional racism” at the county left him close to taking his own life.

Yorkshire have opened an independent investigation into those allegations.

Ex-England and Kent spinner Min Patel: “The BAME professional population that had witnessed or experienced some form of racism, percentages-wise they are quite high I feel. “Sport in general and cricket specifically, because of the news coverage this has received of late, has probably always had that and it’s always been disguised under the ‘banter’ term.

“The banter which was acceptable 15 or 20 years ago when I was playing is not an acceptable form of banter now and I think we are getting to the point where people are saying, ‘No, no, we’ve got to draw a line’, quite rightly. “We have lots of educational programmes around various other aspects of life – lifestyle, gambling etc – but racism is very much to the fore at the moment.”

Former West Indies, Hampshire and Yorkshire bowler Tino Best: “I’ve never experienced any racism at international level, I always was treated with respect. And we always try to treat each other with respect

“When I played league cricket in England, one of the things that guys would say to you was ‘go back to your country’ – no-one said anything about my skin colour. They were very smart with it.

“I think the whole Black Lives Matter have really made people comfortable to express themselves. I just think that people need to be educated. People need to show some sympathy, and empathy as well, in terms of understanding what people of colour go through every day.”

Nottinghamshire and former England all-rounder Samit Patel: “I don’t think there is a wider problem of racism in cricket – but maybe I am very lucky. I have no experience of it and did not have any selection [issues] or play for a county that had issues with skin colour.

“I have played for so many years and there will be difficult times you have to come across in your career but there shouldn’t be. The message from me is very clear – if you are good enough you should be playing regardless of your skin.”

At some point the past has to die… doesn’t it?

Analysis and opinion from the BBC’s cricket correspondent.