Razer gets into the ergonomic game with its new $99.99 Pro Click wireless mouse 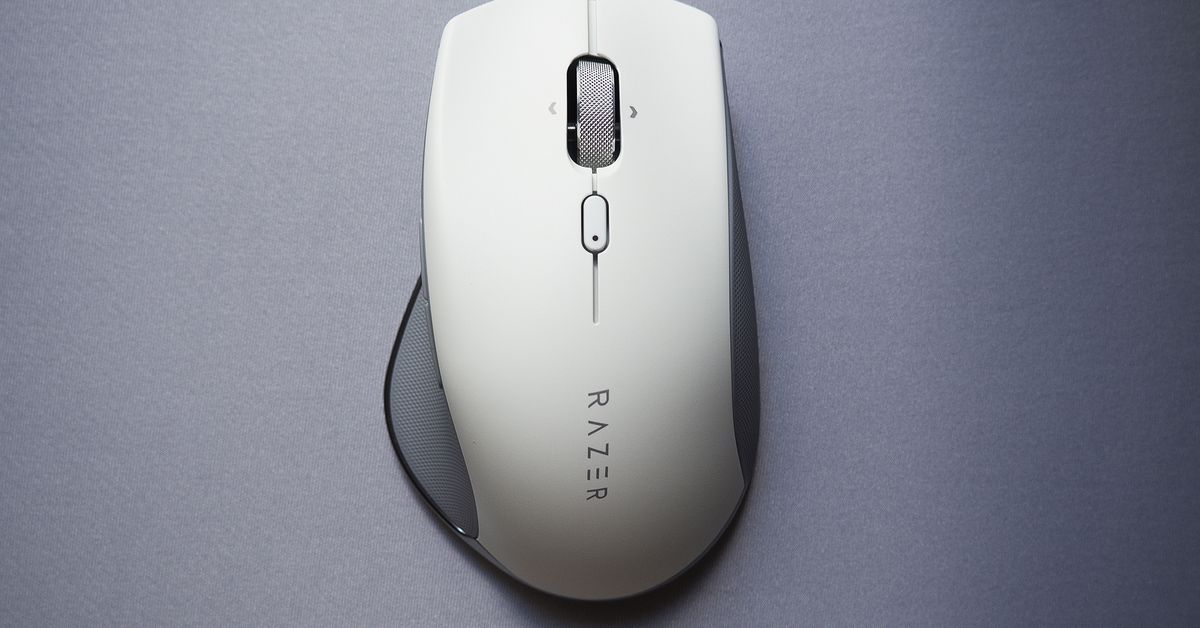 Razer is best known for its all-black, LED-filled gaming accessories that are built to keep you gaming at your peak. But its latest lineup, consisting of a wireless mouse, a wireless mechanical keyboard, and a mousepad to match, is far simpler in function and design.

The $99.99 Pro Click is a large wireless mouse with a palm-filling design and a grippy, concave thumb rest. Razer teamed up with office ergonomics company Humanscale to develop it. The mouse was built to position your wrist a 30-degree angle, which Razer and Humanscale say can help prevent discomfort and injuries, like tendonitis and carpal tunnel syndrome. It’s a fresh look for Razer; the company is probably hoping you’ll confuse its mouse with something like Logitech’s MX Master 3.

The Pro Click features Razer’s 5G optical sensor with up to 16,000 DPI sensitivity. The mouse feels nice to use, especially the notched metal scroll wheel. I wish Razer had built in a switch to set the wheel free to spin endlessly, like Logitech does with many of its high-end mice. I also wish the Pro Click charged via USB-C rather than a micro USB. Razer tries offset any disappointment you might feel with a rail near the port that makes aligning and inserting the included cord easier, but it’s still not as easy as USB-C. Plus, due to this rail system, most micro USB cables you have laying around may not be small enough fit in the socket.

I asked Razer why it didn’t go with the more ubiquitous USB-C port, and a spokesperson said that it simply chose not to pursue it in the design phase (despite the fact that the company’s Pro Type keyboard charges via USB-C).

The mouse has two main mouse buttons, two pill-shaped thumb buttons, a DPI switching button, and its scroll wheel can be tilted left or right. You can adjust button assignments and preferences using Razer’s Synapse 3 software, but unlike most of its other hardware, there are no LEDs to tweak. The Pro Click can pair to your device via Bluetooth or with its included 2.4GHz wireless adapter, and Razer claims 400 hours of battery life per charge.

Razer’s other new product in this line, the Pro Type mechanical keyboard, wasn’t developed with Humanscale, and it shows. That’s not to say it isn’t a good keyboard. There just isn’t anything ergonomic or office-friendly about it (though there is a warning on its bottom that typing in an “awkward” position for long periods cause injury). It’s a full-sized model with Razer’s typical orange key switches, which the company says provide a “quieter, yet tactile experience,” but in practice are loud enough that it would have gotten me kicked out of the office by my Verge colleagues.

On the bright side, this is a fun keyboard to type on, and has white per-key backlighting that creates a glorious glow upon the top of its anodized aluminum case. Like the Pro Click mouse, this keyboard can be connected using either Bluetooth or its included 2.4GHz wireless adapter. It’s rechargeable via USB-C, and even if it’s too loud to use in an office, it might be a good fit for your rig if you’re going for an all-silver or all-white aesthetic. The Pro Type costs $139.99 and is being released today.

Rounding out the offering is the Pro Glide, a large grey mousepad (14.18 x 10.84 x .12 inches) that’s available now. There’s nothing special about it, other than the fact that it’s just as low-profile as the other Pro-branded accessories. There’s no stitching around the edge, but it doesn’t feel like it’d be prone to fraying. It’s $9.99, which is a good price for this.

Photography by Cameron Faulkner / The Verge