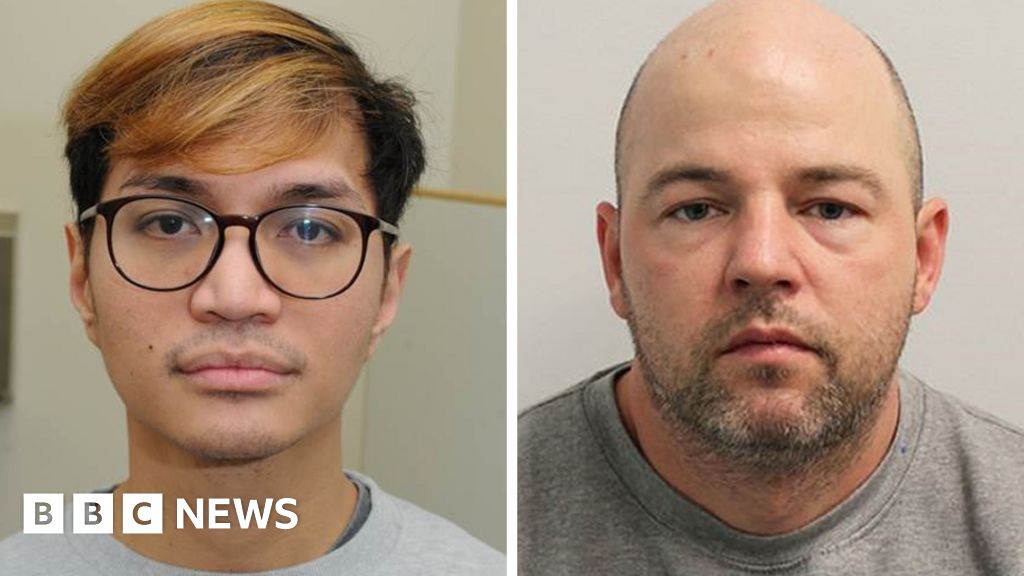 .css-14iz86j-BoldText{font-weight:bold;}Two serial rapists serving life sentences have had the minimum time they must spend in prison extended from 30 to 40 years by the Court of Appeal.

Joseph McCann, 35, was jailed last year at the Old Bailey for 37 offences involving 11 women and children.

Reynhard Sinaga, 37, was sentenced at Manchester Crown Court in January for 159 offences against 48 men.

Such an order, meaning a life sentence with no minimum term, is usually reserved for certain types of murders, like those involving serial murder, child abduction or a terrorist motive.

The attorney general referred McCann and Sinaga’s convictions to the Court of Appeal after describing their original jail terms as “unduly lenient”.

Five senior judges – including the Lord Chief Justice Lord Burnett and the President of the Queen’s Bench Division, Dame Victoria Sharp – heard the appeal in October at the Court of Appeal in London.

Their judgement, published on Friday, says they are “unable to accept the submission” that two offenders should have received a whole-life tariff.

But, they add, in the “collective experience of this court the cases of McCann and Sinaga, albeit very different on their individual facts, come within the category of the most serious cases involving a campaign of rape to have been tried in England and Wales.”

The judgement then alters the minimum terms for McCann and Sinaga to 40 years each, saying the “multiple life sentences remain and whether either is in fact ever released will depend upon the assessment of risk by the Parole Board at the end of the minimum terms”.

The ruling states that “neither man has shown any remorse and the long-term psychological damage for at least some of the victims in both trials is profound and will only be understood in the years to come”.

The judgement says it endorses the line of authority that does “not shut the door” to a whole-life tariff in a non-murder case.

Examples it gives include a “bomb planted on a commercial airliner” that fails to explode or intervention by the authorities that “prevents an act of mass-murder”.

The offending of McCann and Sinaga, “does not, in our judgement, call for either to receive a whole-life tariff”, the ruling states.

It adds: “This is not to minimise the seriousness of their offending but instead to ensure that the most severe sentence in our jurisdiction is reserved, save exceptionally, either for the most serious cases involving loss of life, or when a substantive plan to murder of similar seriousness is interrupted close to fulfilment.”

The teenager and her 11-year-old brother were raped by McCann after he took them and their mother prisoner in their home.

“I think for me personally it’s the fact that the courts don’t think his crimes were serious enough for life without parole because he didn’t commit murder,” she said in a statement.

“When you’re put in a position at such a young age – and not knowing whether you’re going to come out of the horrific nightmare alive or dead – it has a different effect on your thoughts of everything.

“The fear of not knowing his next move or what’s going to happen. It makes you think of everything differently.

“I will have to live with that fear I felt on that day for my whole life, it still haunts me.

“I was expecting him to get life, therefore I am upset and disappointed with the end decision and I think they will regret this decision in time to come.”

The teenager added: “No-one will ever understand as a victim how it feels for them knowing their offender isn’t sorry for what they did, that they don’t care about what they did.

“The victims don’t go a day without thinking about what happened, having flash backs, nightmares and other related things.”

She said McCann was not “sorry for what he did” and did not “have to live the nightmare of what happened”.

In a statement after the ruling, Solicitor General Michael Ellis QC said: “Both offenders carried out some of the most heinous and depraved sexual attacks that shocked the nation.

“I am grateful for the guidance the court gave about whole-life orders and I am pleased that the court imposed a longer minimum term.

“I hope this brings some solace to the victims of these despicable crimes.”

Meanwhile, Greater Manchester Police said it had identified a further 23 people it believed were victims of Sinaga. It said it had yet to identify about 60 of the 206 victims and suspected victims.

Sinaga filmed his rapes and collected so-called “trophies” from his drugged victims, but officers have not been able to establish the true identities of all the men. The force appealed again for anyone affected to come forward.

The list of offenders with a whole-life term includes serial killers Rosemary West and Stephen Port.

As of June this year there were 63 whole-life prisoners and an additional three life prisoners being treated in secure hospitals.

Serial rapists should never be released, Court of Appeal told

Joseph McCann: The failures that let violent criminal back on the streets

Reynhard Sinaga: How the Manchester rapist found his victims

The PM’s agreement is on its way to becoming law after the Commons approves it by 521 votes to 73.

Oxford-AstraZeneca vaccine approved for use in UK

A decision that changed my family’s story

‘Finally, these clothes look like they’re meant to be worn’

‘Iraq’s ghost militias have got me on their hit-list’

Striking news photos from around the world in 2020

The tragedy of the tuk-tuk driver who fled Covid

Covid-19: Oxford-AstraZeneca vaccine approved for use in UK5