The Social Dilemma caught one of its TikTok ‘conspiracists’ off guard 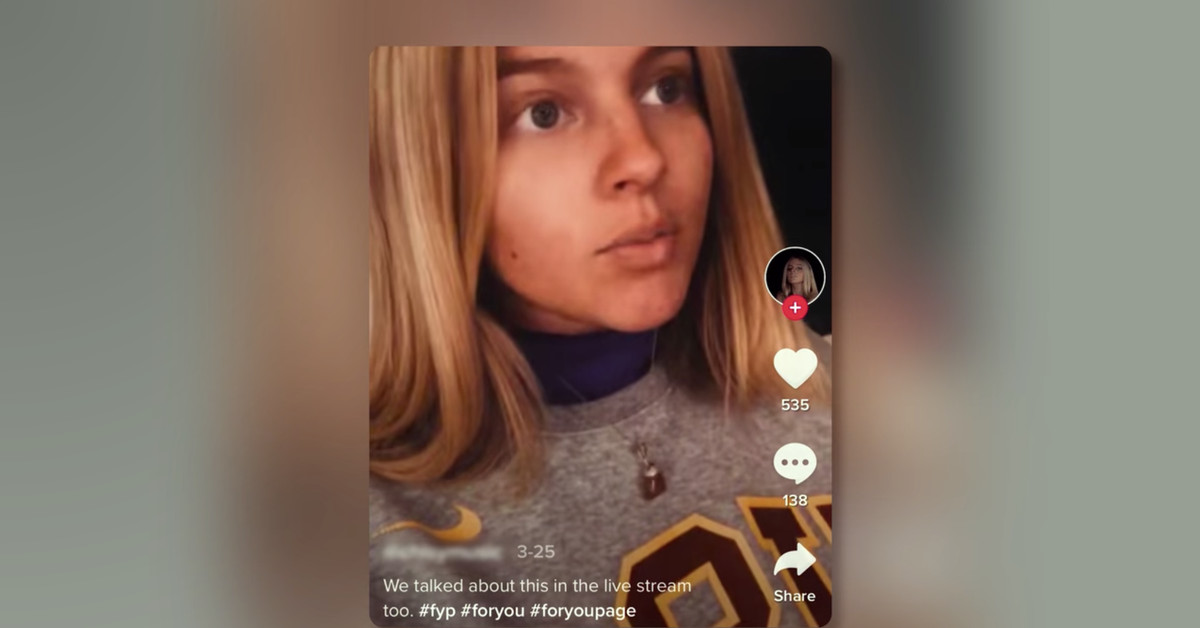 Chelsea Gilliland didn’t know until a text from her professor

When she posted a TikTok in March, Chelsea Gilliland wasn’t thinking about anything other than how dumb coronavirus conspiracy theories could get. Taking on the persona of someone who believed the conspiracies, Gilliland recorded herself talking about how the coronavirus could be a cover-up for a much bigger issue — a conspiracy theory she had seen going around social media. She thought it was a clever joke, and that the point would be obvious to anyone following her.

But when she saw a clip of her TikTok included in The Social Dilemma, a top trending Netflix documentary, she started to rethink things. The film paints her as an example of social media’s well-documented issues with misinformation — and it only includes a snippet of the video, without further context. Gilliland told The Verge it was a video meant to mock coronavirus theories, but in the movie, there’s no way to know it might be satire.

“I had previously posted a video saying that the stuff that I post is sarcastic,” Gilliland told The Verge. “And so when I posted that I assumed that people would take it that way.”

In the movie, all that’s audible is a single line from Gilliland’s video (viewable here at 1:04:00), cut together with half a dozen other examples of coronavirus conspiracies. “Maybe the government is using the coronavirus as an excuse to keep everyone inside because something else is happening,” she says to the camera in a conspiratorial tone. She comes off as a true believer, the kind of person she was trying to mock.

By the time the documentary aired on Netflix, Gilliland had already deleted the video months earlier, out of fear someone would take it the wrong way. “It was a little scary, honestly,” Gilliland told The Verge. “I was like, ‘How did they find this video?’”

Although Gilliland thought her video was a joke, the team behind The Social Dilemma felt differently. The production company believes the video was an earnest attempt to spread coronavirus conspiracies and that the documentary accurately portrays its contents, according to a person familiar with the situation. The production team downloaded her video on April 2nd, a week after it was posted, and saw it remain online for another month, the person said. The Verge was not able to view a complete version of the video.

Gilliland’s TikTok history doesn’t help her case. She’s posted a number of videos talking about conspiracy theories. Some videos mock the theories she comes across, but in others it’s hard to tell whether she believes them herself. There are videos where she talks about conspiracies around how the pyramids were built, laughs about aliens, and discusses the Bermuda triangle.

With no heads-up from the production company, Gilliland first learned that her TikTok had been featured in The Social Dilemma from her professor. Shortly afterward, she started to receive mean messages from strangers: her handle hadn’t been blurred in the documentary, making it easy for anyone to find her TikTok page, YouTube channel, and Instagram account.

Gilliland posted a new video on TikTok telling people that The Social Dilemma’s production company took her original coronavirus video out of context, without reaching out to her. She said the positive response to her video explaining the situation was overwhelming. People started reaching out to give her the contact information for the production company so she could try to get in touch.

When she finally heard from the production team, “They were super nice, saying they were already working on it,” Gilliland said. “Eventually, I think because that TikTok I posted about it got so many views and comments, and people were upset about it, they ended up blurring my handle.” It was after Gilliland reached out that the filmmakers decided to blur many of the handles that appear in social media posts used in The Social Dilemma, a person familiar with the matter told The Verge.

On Instagram, Gilliland told followers that while she “initially posted [the coronavirus video] as a joke, I realize now the damage that videos can do — especially when they’re taken out of context.” She still wishes the production team reached out to talk to her, though, especially since she doesn’t have a massive following on TikTok.

While Gilliland was happy that action was eventually taken, the entire incident left her more aware of how little control she had over what she posted online, she said, or how people perceive what she posts. There won’t be anymore conspiracy videos on her TikTok or other social media accounts, she said. Instead, TikTok will become a place for her to showcase her music.

“My biggest, my main takeaway from everything would be just be careful what you post on the internet,” she said. “You never know who’s gonna find it or what they’ll do with it.”