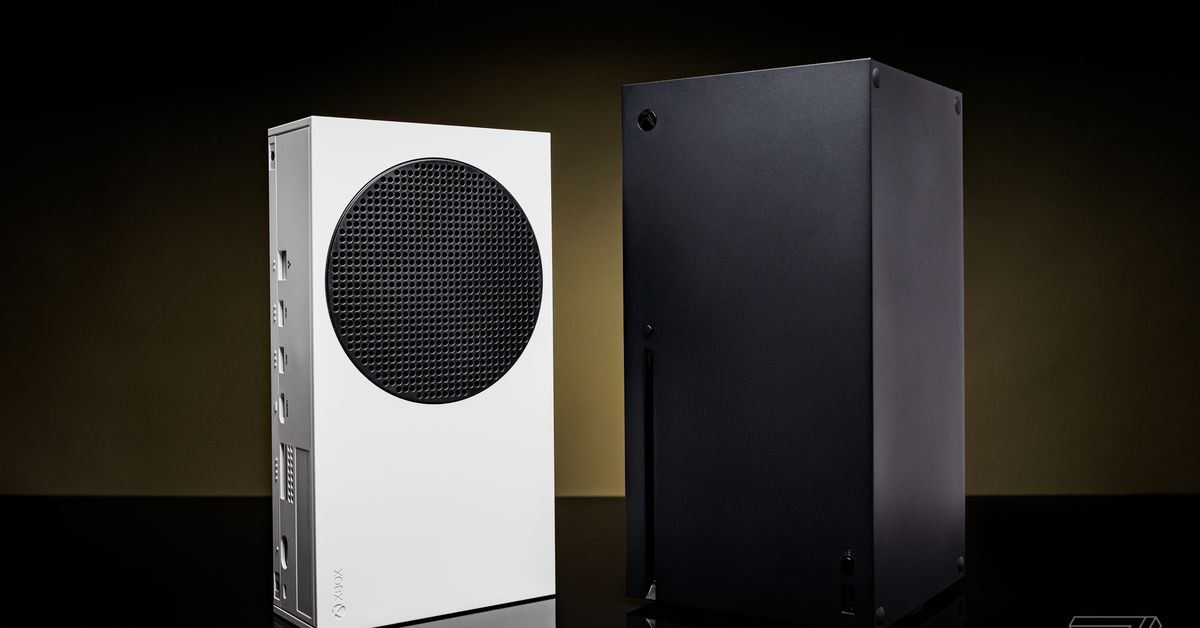 It’s not a blockbuster yet, though

Something Tom Warren said in today’s Vergecast (forthcoming!) has stuck with me: the ideal next-gen gaming console would combine the games and controller from the PS5 with the chiller design and software ecosystem of the Xbox. Couldn’t agree more — but in consumer tech, as in all things, you rarely get everything you want.

His reviews of the Xbox Series X and Xbox Series S landed yesterday and we can expect reviews of the PS5 imminently. Tom’s reviews contain lots of fascinating little details about each console, but I came away convinced that I think most people will want to pony up the extra money for the Series X. Even if you don’t have a 4K TV now, your next set likely will be one and the Series X will work best with it. Plus, the money you will save on the Series S isn’t worth the hassles of its anemic storage.

You are reading Processor, a newsletter about computers, software, and tech by Dieter Bohn. Dieter writes about consumer tech, software, and the most important tech news of the day from The Verge. This newsletter will arrive about once or twice a week. You can read an archive of Processor newsletters here. Processor is also a YouTube series with the same goal: providing smart and surprising analysis with a bit of humor. Subscribe to all of The Verge’s great videos here!

By subscribing, you are agreeing to receive a daily newsletter from The Verge that highlights top stories of the day, as well as occasional messages from sponsors and / or partners of The Verge.

But before you pick between the two Xboxes, I suspect that many of you are in the same boat I am: trying to decide between one of them and the PS5. Unluckily for those of us in that particular boat, we’ll have plenty of time to keep waffling between the two. It looks like the impending launch days for each console are going to be nearly as chaotic and messy as the original preorders.

The PlayStation 5 won’t be available for in-store purchase on launch day, plus Best Buy won’t let you buy a PS5 or Xbox Series X in stores until 2021. On the whole it’s good that there won’t be lines of people waiting for store openings, because of the pandemic. But it’s still super strange to me that there would be a console launch without that tradition.

I can’t speak to the PS5 until the reviews are out, so let’s focus on the Xbox. I find Microsoft’s Game Pass subscription very compelling. There are a ton of games I haven’t gotten around to and even more that I would never buy but would enjoy trying out — Andrew Webster made this exact point back in August. Microsoft has also hustled some games out of EA like Star Wars Jedi: Fallen Order, and don’t forget it recently bought Bethesda, the company behind Doom, Fallout, Wolfenstein, and The Elder Scrolls.

Game and set, but I’m not sure it’s a match yet. Sony’s more traditional “just make a great console and have great exclusive games” strategy means there will still be games I dearly want to play but can’t on the Xbox. And Sony’s new controller may well be so good in actual use that it becomes a genuine reason to prefer playing cross-platform games on the PS5.

I could go on, but the point is simply that this next generation of consoles is exciting for reasons that go beyond graphics and ray tracing. I expected it to go this way, but now that reviews are coming out it’s gratifying to see it playing out. See, it was never a guarantee (or even much of a sure thing) that Microsoft would successfully execute on its next-gen Xbox launch plan. We’ve seen this company duff a console launch before, after all.

There’s still more work for Microsoft to do to keep this Xbox competitive with the Playstation 5 (launching Halo Infinite would be a good start). These reviews show us that the company isn’t tripping out of the gate. The catalog of current games that will be optimized is decent, flashy new games will (hopefully) come, and the early demand will give way to actually being able to buy the damn things. So far, so good.

┏ Sizing up the iPhone 12 mini and 12 Pro Max. Chaim Gartenberg got a chance to go look at all the new models of the iPhone 12 in one space. It’s the closest we’re going to get this year to a Apple Park hands-on experience, and Chaim did a great job explaining the size differences and what they could mean. Boy howdy does the 12 Pro Max look big. Like really big.

┏ Chinese brands are huge on crowdfunding, even if you’d never know it. Ashley Carman:

“In 2017, when we started to do this skateboard crowdfunding, we [had] to deemphasize the truth that we’re from China,” he says. It’s not that he and his team lied about where they live and where their product came from, but they preferred not to say so directly. He says other companies will bring in a Western actor as a spokesperson or will advertise a lower member of their team, who is white, as an executive to deemphasize where they’re from.

┏ Jabra Elite 85t review: noise cancellation isn’t the only big change. It’s been a long time since I’ve used Jabra headphones and honestly I’ve forgotten how damn convenient this is. I’ve been using hacks like Tooth Fairy on the Mac (highly recommended) and fussing with hitting the connect button on Android and iPhone for a year or two now. Chris Welch’s review is a reminder that Jabra solved all those problems a long time ago and it’s frankly baffling that they’re really the only ones who have gotten it right, at least in my experience.

Before we get to the noise cancellation, let’s quickly call out one of the best things about Jabra earbuds: multipoint. While most true wireless earbuds can only connect to a single device at a time, Jabra’s can handle two at once. You can be listening to music from your laptop and take an incoming call on your phone without having to manually switch the earbuds over.

┏ DJI’s palm-sized Mini 2 drone flies further and shoots 4K for $449. A ton of upgrades here, but it still keeps one particularly important spec the same:

While the new $449 drone might look identical to the original, even weighing the same 249 grams (which means you don’t need to register it with the FAA), it now comes with DJI’s OcuSync 2 wireless connectivity for up to 2.5 times the wireless range and more stable connectivity.

┏ Razer’s new Razer Book 13 is a productivity laptop with a 16:10 screen. I think this thing looks really good, but I worry it’s going to end up in an uncanny valley between people who know it’s not powerful enough for great gaming and people who think it’s not for them because Razer is a gaming brand.

Also a big YES, MORE PLEASE to the trend of switching from 16:9 aspect ratios to 16:10. It’s a subtle but important change, and maybe a good enough happy medium between media consumption (better at 16:9) and work (better at 3:2).

┏ Fortnite will reportedly be playable on iOS again through Nvidia’s GeForce Now.

┏ Razer’s Kaira Pro is a feature-packed headset for the latest Xbox consoles.

┏ First Lego Star Wars Holiday Special trailer teases a fun update to the original 1978 version. Okay I didn’t expect to have a huge massive face-hurting grin plastered across my face when I clicked play on this trailer but that is what happened. This looks so fun!