The young actors joining an industry on pause 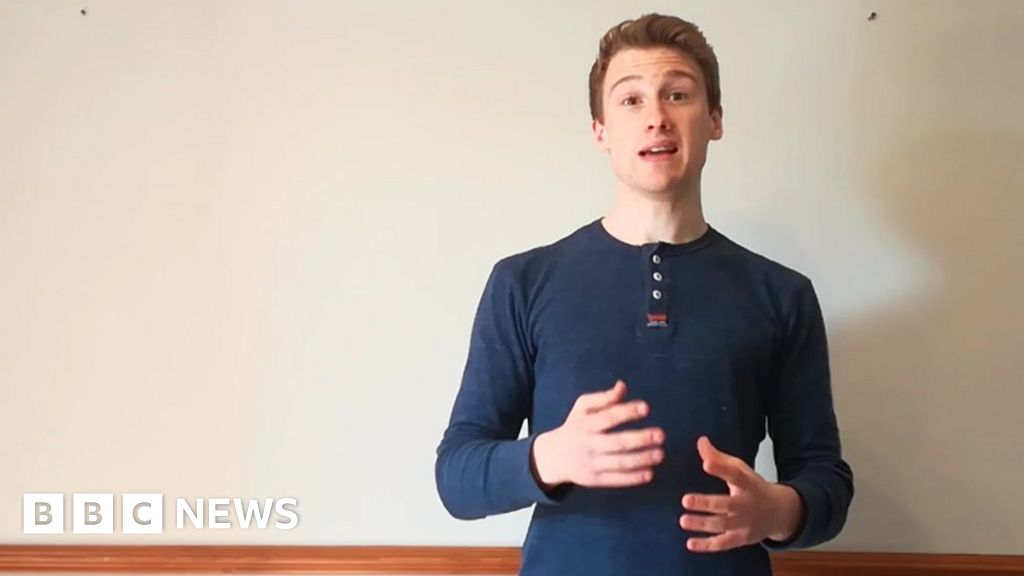 Elliot Swann caught his mum spying through the kitchen window as he practised ballet in their garden.

Despite still being physically closed, ArtsEd, the London-based acting conservatory where Elliot studies musical theatre, has powered on virtually since the start of the coronavirus lockdown.

Alongside classmates on Zoom meetings, Elliot, 21, drills voice practices and dance moves on the garden decking, and taps away in the bathroom of his parents’ house in Hampshire. But will there be any work for him and his fellow students after they graduate this summer?

Normally, at this time of year, acting students around the world are making their first foray into the business, performing in person for agents, casting directors and producers, hoping to sign on with a talent agency, or even pick up their first paid work.

But with theatres still closed, and TV and movie filming on hold, the acting world is currently an industry on pause.

“All of our work has stopped,” says James Calleri, who casts Broadway and regional theatre in New York as well as film and TV. “Everything has just been cleared.”

Mr Calleri, who also runs the graduate acting programme at New York’s Columbia University, would normally have taken graduating students on an industry tour of Los Angeles back in April.

They would have performed for some of the big showbiz decision makers. But all Columbia’s acting school showcases were cancelled, indefinitely.

“We were going to push to September, but the problem is that theatres are so debilitated right now,” Mr Calleri says. “They don’t even know what their life is going to be like after lockdown.”

Any auditions that are still taking place have moved to home recordings or “self tapes” that are emailed off.

Back in Hampshire, Elliot has made it though five rounds of recalls for a West End show.

“The good thing is you get a second chance,” he says. “You can watch it back, and if you want, you can do it again.”

Elliot’s professors are also happy to give feedback and guidance before the videos are sent out, something that would not be possible with in-person auditions.

“The [movie and TV] businesses have been moving auditions to self tapes for some time, but I think plays and musicals will head that way too, even after the virus,” says Chris Hocking, the principal of ArtsEd.

“Everyone is trying to help these graduates. We have worked hard so that the students have industry contact throughout their training.”

What continues for Elliot is a waiting game. An actor almost never receives feedback unless they win the job.

“Especially now,” he says, “because everything is extended. And many tours have had to cancel because of the lockdown.

“There is every chance you might be auditioning for a show, you could get cast, and then a couple of weeks later they’ll say, ‘I’m really sorry, it’s been cancelled.'”

Elliot knows he is lucky to be getting seen. Many new graduates are not getting any industry face-time.

Racheal Owens, a teacher at Guildford School of Acting, says their graduates were due to have a final day of performance for agents and casting directors back in March. But a day before the show, the lockdown restrictions were announced, and it was cancelled.

“Some students had signed, but others had not, and would have been hoping for more opportunities, as we had two musicals left to perform,”she says.

The staff at Guildford have continued to do everything possible to get self tapes to agents. Luckily the industry in London has been receptive, in an effort to support this year’s graduates, but there is very little work available.

“I really feel for these students, whose introduction to the industry is so compromised,” says Ms Owens.

A missed in-person performance can make life especially difficult for young actors with an offbeat style, or unusual looks, that might not come across well in a short self tape, plus resumé (CV) and headshot.

Such performers are more likely to win over agents and casting directors in person.

But even if young actors impress, however they are able to audition, how long will it be before the industry can return to some sort of normal?

James Calleri wonders how the practical experience of going to the theatre would work with social distancing.

Producers might sell out a 1,200-seat Broadway theatre, but if 600 people sit in every other seat in order to socially distance, shows will fail to recoup costs, he points out. In smaller theatres, social distancing would be impossible.

“The class of 2020 is the injured party right now,” he says. “I feel like the industry knows that and hopefully will try and look out for them.”

More from the BBC’s series taking an international perspective on trade:

“I told them, ‘Look, if you are in this for the long haul, come to the city, get your apartment, your day job and your classes set up. Once things go back, we can gear up.'”

But it could be a long wait. Mr Butler says he would love for Broadway to reopen in September but fears curtains may not rise until next year.

Still, he thinks that sometime down the road, if young actors coming out of school this year can hold tight, there will be opportunities to audition for these shows.

“People working on Broadway might decide they are done with the business, or if they are touring, their spouses won’t want them to go on the road anymore,” he says.

New York casting director Alison Franck, who casts Broadway, touring and regional musical theatre shows, says that actors have always needed to be creative and resilient. Those attributes are needed now more than ever, because many will struggle to get agents straight away.

“These actors have to learn how to hustle on their own,” she says. “And I think the ones who figure this out may often end up being more successful in the long run.”

Elliot understands how hard the current situation is, but he is ready to dig in. He believes the industry will come back “stronger than ever”.

Acting has been his dream for his whole life.

“I’m absolutely in it for the long haul,” he says.