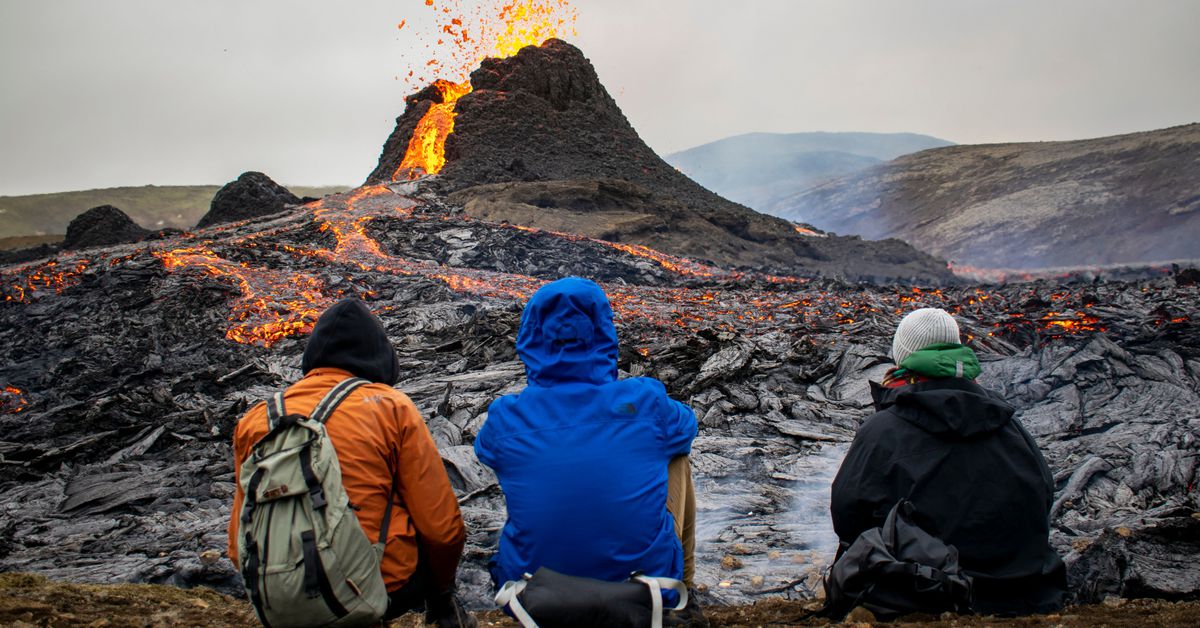 Last Friday, the Fagradalsfjall volcano near Iceland’s capital of Reykjavik began erupting for the first time in 800 years after the island nation was hit by thousands of small earthquakes. Thankfully, the eruption was small and has not put anyone in danger. Instead, it’s gifted the world with some awe-inspiring views of lava flowing from the ground.

If the eruption of Fagradalsfjall looks relatively minor for a volcano, that’s because it is. “The eruption is considered a small one and the eruption fissure is about 500-700 metres (1640-2300 feet) long,” said the Icelandic Meteorological Office (IMO) in a statement. “The lava is less than 1 square kilometre (0.4 square miles) in size.”

You can get a better sense of the scale of the thing in these images taken on Sunday below. They show crowds of hikers admiring the eruption, which is located around 40 kilometers west of the Icelandic capital of Reykjavik.

This video below also shows you a before and after of the eruption site, which is nestled in a small valley in an uninhabited region of the country. News reports say there’s been no ash fall created by the eruption, but residents living downwind of the volcano have been told to close their windows due to possible gas emissions.

None of that has stopped Steinbekk from getting up-close-and-personal with Fagradalsfjall. And if you want to see more of his fantastic videos and images of Iceland from the air, you can check out his official Instagram. There are some truly wonderful shots to admire.